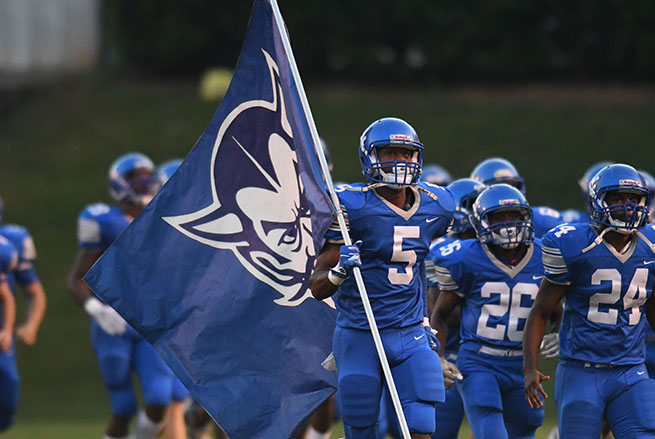 Oxford, Lafayette and Water Valley have a combined six players scattered across both rosters.

“Mississippi is so talented this year,” Water Valley head coach Brad Embry said. “I’m sitting there listening to them call out the kids for the MS/AL game and the North-South squads, it’s just a lot of talented kids and a lot of depth in Mississippi this year for athletes.”

The MS/AL game will be played on Monday, Dec. 17 at the Cramton Bowl in Montgomery, Al at 6:30 p.m. The game was moved from its regular Saturday slot due to the 2018 Camellia Bowl being held on Dec. 15.

“It’s an honor being chosen for such a big opportunity to showcase your skills and talent,” Lipscomb said. “I’m just blessed because all the hard work I’ve put in on and off the field is starting to pay off.”

This will be second all-star game for the Alabama commit to play in the span of three weeks. Last month, Turnage was selected to play in the 2019 Under Armour All-America game in Orlando on Jan. 3.

The Commodores and Blue Devils each have two players who were selected for the North roster in the Bernard Blackwell Classic that annual pits the North and South against one another. The game is played at Gulfport High School’s Milner Stadium and will be on Dec. 8 at 11:30 a.m.

Representing Lafayette is running back Lance Stewart and punter Drew Dabney. Dabney also plays offense and was selected as one of the North’s two tight ends.

“It’s a great honor for those guys and a great honor for our program,” Lafayette head coach Michael Fair said. “To have those three guys being able to represent us in those football games is really big. (Dabney) had a tremendous offseason. When we moved him to tight end it’s like he found a home. It was not a shock to me at all.”

For the first time since 2013, Water Valley had players selected to the North roster. Wide receiver Bud Tolbert and offensive lineman Marley Cook will represent the Blue Devils.

“I just think it shows a lot about hard work,” Embry said of his players’ selections. “They are athletic, but there are a lot of kids who’ve been blessed with athleticism and don’t work hard. They’ve worked hard to hone their craft and it’s really paying off for them.”

Both games will be televised statewide on local Raycom Sports Network.