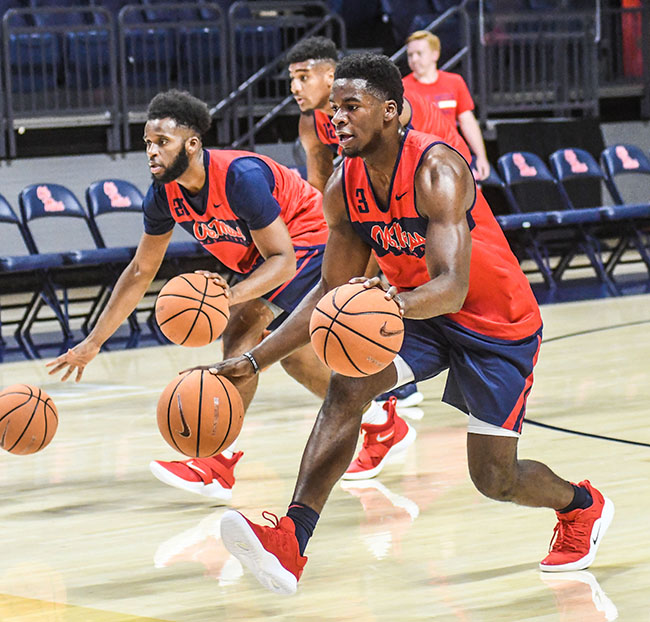 If Terence Davis is going to find success in Kermit Davis’ program he is going to have to become a more consistent player.

The Southaven native returns for his senior year to play under the first-year head coach, but there will be strings attached. Davis’ defensive skills will be tested during preseason camp.

“(Davis’) got to be come a guy that just doesn’t rely on athletic ability to make plays,” Kermit said during Ole Miss’ media day on Monday. “He’s got to be an elite defender, not a guy that steals the ball just because he’s faster than the other guy. But can he play within a defensive scheme and have a defensive concept and be a guy that can follow a scouting report and play with detail, defensively?’

That is the question Davis is going to have to answer about his starting guard before the season begins next month.

In his three years with the Rebels, Davis’ numbers defensively have never jumped off the stat sheet. He averages 0.9 steals and blocks per game. To get the most out of his star player, Kermit is going to put the most pressure on Davis, more than any other player on the roster.

“I’ve told TD, it’s obviously, my biggest calling point will be can you coach your very best players the hardest, and if you can’t you have no team,” Kermit said. “It’s a nightmare if you’re trying to fight your best players everyday with attitude and effort. I can do it. We all can do it. It’s no fun to do it that way. Your best players are the guys that will be the easiest to coach, and with all the new players on our team, it really helps and he’s been really good so far.”

For this to happen it comes down to simply one thing for Davis. The offense is there, Davis leads the returning starters with 13.8 points per game and 6.2 rebounds a game. For Davis to become the complete package and the total player on both sides of the court it will require a renewed focus on Davis’ part.

“It comes down to want-to,” Davis said. “That’s something that coach Davis, every since he got the job, he’s been forcing it. ‘You’ve got to be a great defender. You’ve got to be a lockdown defender.’ In practice, that’s what I’m trying to be.”