MHP working a wreck on Highway 7 north of Abbeville 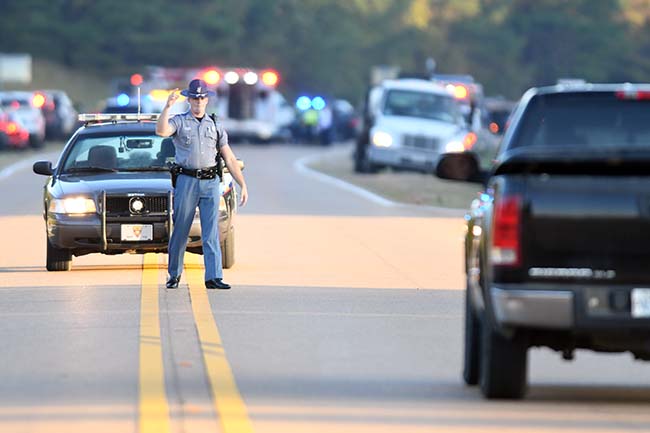 Mississippi Highway Patrol diverts traffic around a wreck on Highway 7 about 100 yards north of the intersection with County Road 108 in Abbeville, Miss. on Tuesday, October 9, 2018.

The Mississippi Highway Patrol is investigating a wreck that happened about 6:40 a.m. Tuesday on Highway 7 about 100 yards north of its intersection with County Road 108 in Abbeville.

At least three ambulances responded to the wreck, which involved three cars and a truck. The number of people injured is unknown.

Lafayette County Coroner Rocky Kennedy arrived on the scene at 7:26 a.m. and left at 7:56 a.m.

Check it Chargers campaign raises over $105,000 for Oxford…