Oxford hosts No. 1 Horn Lake in crucial 1-6A matchup 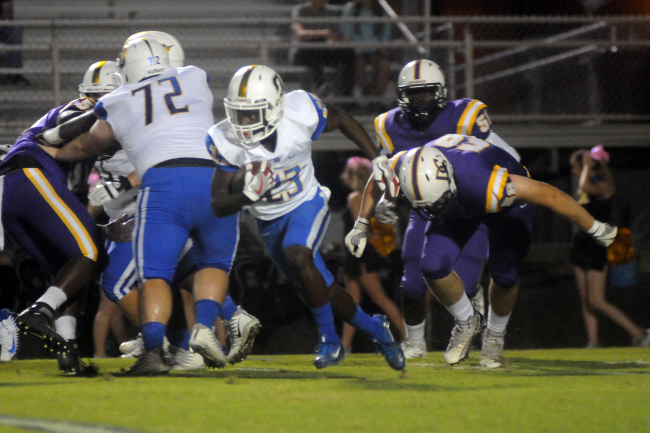 Oxford has had their share of big games this season with mixed results. The Little Egg Bowl did not go their way with Starkville running away with it then two weeks later they handed crosstown rival Lafayette their first loss of the season.

None will be bigger than the game on Friday when the Chargers host No. 1 Horn Lake in a pivotal Region 1-6A game at Bobby Holcomb Field. It is a battle between undefeated teams in region play with both Oxford and Horn Lake sitting atop the standings at 3-0.

“I think since moving up to 6A we’re used to playing top teams regularly,” Oxford head coach Chris Cutcliffe said. “Starkville, Horn Lake last season and Tupelo last season and again they’ll be ranked when we play them again this season. You just kind of expect that when you play the kind of schedule you play. You know you’re going to play that tough competition.”

Oxford (6-1) is still riding a six-game winning streak thanks to the late-game heroics of J.J. Pegues against DeSoto Central. Pegues put the team on his back and pushed the Chargers past DeSoto Central for a 21-17 win.

It was not the cleanest win, with penalties and turnovers killing drives that could have produced more points and given Oxford an easier time against the Jaguars. With Horn Lake (7-0) coming to town those mistakes have to be minimized if not erased altogether.

“Statistically, we moved the ball fairly well throughout the game,” Cutcliffe said. “If we had kept from turning it over we would have been in really good shape. …Those are things that we’ve got to correct and do a better job of moving forward.”

The win gets Oxford one win closer to clinching a berth into the Class 6A playoffs for the first time in program history. It is a far cry from the situation Oxford found themselves in last season after three games into region play.

Facing an undefeated Horn Lake is nothing new for the Chargers either. Last year the Eagles were sitting at 6-0 when Oxford traveled to Horn Lake and came back with a 21-0 win.

“We’ve talked and talked about the oppotunity you have to start out strong in the district and a good place to work from,” Cutcliffe said. “This game is huge in terms of seeding at the top of the district. I think our kids understand that and how big a role this game will play when it comes down to final seeding at the end.”