Lafayette aims to keep pace in 1-5A against Grenada 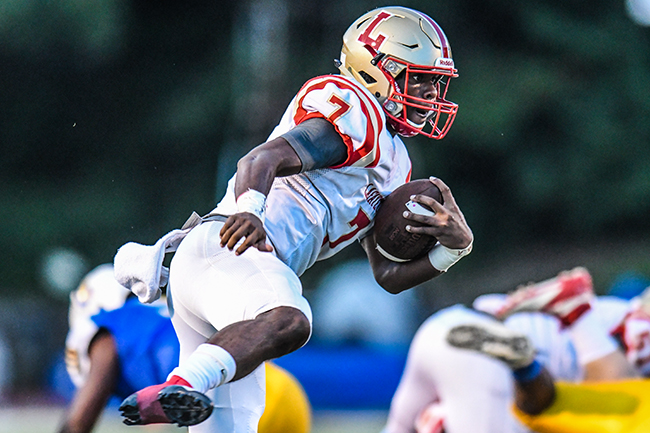 That is the motto Lafayette is abiding by after getting back on the winning track following their two-game skid earlier in the year. After their one-point loss at West Point to open region play, the Commodores have rattled off back-to-back convincing wins over Saltillo and Lewisburg.

Now, as they enter the toughest stretch of their region slate the Commodores are not going to mess with what has been working.

“We think we got a good game plan,” Lafayette head coach Michael Fair said. “The last couple weeks everything has kind of gone as planned. I tell you the thing that I’ve been most impressed with is how our team has practiced. We’re practicing really well. When it’s time to get physical in practice our kids don’t mind it. It’s a mind-set type thing. When things were going really bad we stuck to the script, we stuck to our plan and we kind of weathered that storm.”

Lafayette’s (5-2, 2-1 1-5A) two losses were by a combined three points. For a program that is trying to revitalize themselves and get back to their second state championship game in three seasons, the experience was rough.

Since then, things have turned around for the Commodores.

Lafayette’s momentum will be challenged and the path to the playoffs will be in full focus after the three-game stretch that begins with Grenada (3-5, 1-2) on Friday.

After the Chargers come to town this week, Lafayette travels to Center Hill next week and then returns home for a match against Olive Branch on Oct. 26.

“We’re getting into the real meat of our schedule,” Fair said. “Grenada, you can’t look at their overall record when you look at those guys. Then you got to Center Hill who runs triple-option every single play and then you get Olive Branch who I think has a shot at West Point this week. The last four games it could go either way and that’s why I think our preparation is going to be the key.”

Lafayette is currently sitting in third in Region 1-5A behind West Point and Olive Branch.

With a loss to the Green Wave already in their pocket, the Commodores cannot afford to stumble against any of their remaining opponents if they want to keep an outside chance at a region title alive.