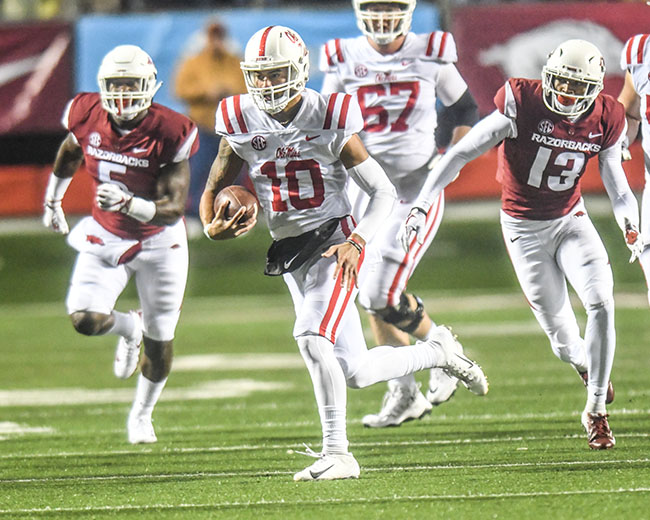 After mounting a game-winning drive to defeat Arkansas and putting up career numbers on Saturday, Jordan Ta’amu was recognized by the SEC on Monday.

The Rebels’ quarterback was named SEC Co-Offensive Player of the Week by the league office. Ta’amu shares the honor with Tennessee quarterback Jarrett Guarantano.

Ta’amu recorded 528 total yards of offense against Arkansas. He threw for 387 yards and two touchdowns while running for 141 yards and another touchdown.

His 528 total yards were second-most in school history, finishing second to Archie Manning’s 540-yard game against Alabama in 1969.

Ta’amu led the Rebels on a 97-yard drive in the final two minutes to defeat the Razorbacks 37-33. Scottie Phillips had a five-yard touchdown run to give Ole Miss the victory inside War Memorial Stadium.

The senior now has five of the Top-10 single-game total offense performances in program history. Four of those games have come this season.