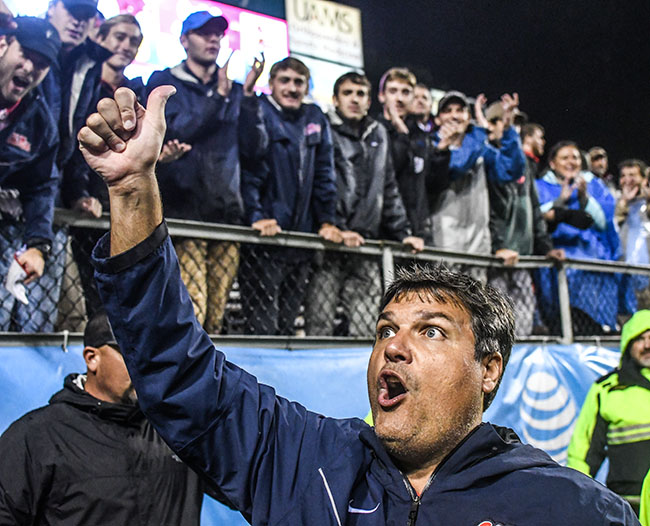 Ole Miss returns home to Vaught-Hemingway stadium after their dramatic come-from-behind win in Little Rock over Arkansas last Saturday. The Rebels (5-2, 1-2 SEC) are looking for their their third straight win and second win in conference play.

They host a struggling Auburn (4-3, 1-3) that is coming off a stunning loss to Tennessee at home. The Tigers are fighting a stagnant offense with a patchwork offensive front.

The Rebels are facing the rest of the season without receiver D.K. Metcalf, who suffered a season-ending neck injury last week. Sophomore Braylon Sanders is stepping into Metcalf’s role for the duration of the season.

You can find live updates and scores once the Rebels and Tigers kickoff at 11 a.m. (ESPN).

It has been a tough day for Ta’amu, who has been sacked five times by the Auburn defense. The Rebels punt it away for the fourth time today. Auburn 31, Ole Miss 9 12:18 4Q.

Auburn entered Saturday’s game averaging 158.4 rushing yards per game. Through three quarters the Tigers have amassed 241 yards and three touchdowns on the ground.

Nothing going right for the Rebels. On 4 & 3, Ta’amu was stopped a yard shy for a turnover on downs. On the ensuing drive Stidham hit Seth Williams for a 62 yards to set up a 2-yard rushing touchdown by Miller. Auburn 31, Ole Miss 9 3:00 3Q.

Ole Miss is now trading touchdowns for field goals with Auburn. The Tigers’ Whitlow ran 54 yards before fumbling the ball in the end zone. Receiver Anthony Schwartz was there to fall on it. Auburn with some breathing room. Auburn 24, Ole Miss 9 6:53 3Q.

Another trip to the red zone for Ole Miss results in another field goal. For the third time in the game Auburn was flagged for offsides and defensive pass interference to give the Rebels a fresh set of downs inside the 10. On 3 & Goal from the 8, Ta’amu was sacked for a loss of 10-yards  when Auburn blitzed nearly everyone. Luke Logan hits a 35-yard field goal. Auburn 17, Ole Miss 9 8:30 3Q.

Ole Miss attempts a sky kick to open the second half and give Auburn a short field. The Tigers take advantage with a 7-play drive that went 68 yards. It was capped by a 1-yard run by Malik Miller. Auburn 17, Ole Miss 6 12:07 3Q.

On third and short Scottie Phillips runs but is stopped for a turnover on downs. The spot was not very generous for the Rebels. Auburn ball at midfield.

Another red zone drive stalls for the Rebels, but they time they come away with points. Logan converts a 36-yard field goal goal. A defensive pass interference call on Auburn helped get the Rebels into the red zone. Auburn 7, Ole Miss 3 5:49 1Q.

Auburn strikes first on their first possession of the game. The Tigers capped a 11-play 77-yard drive with a three yard pass from Jarret Stidham to JaTarvious Whitlow. Auburn 7, Ole Miss 0 7:21 1Q

Ole Miss received the ball to start the game and moved deep into Auburn territory. A potential targeting call on Auburn’s Smoke Monday was wiped off the board that would have given the Rebels a 1 & Goal situation. The Rebels fail to convert on third down then Luke Logan’s field goal try was blocked. Ole Miss 0, Auburn 0 12:20 1Q.