Lafayette girls start journey back to Jackson as season begins 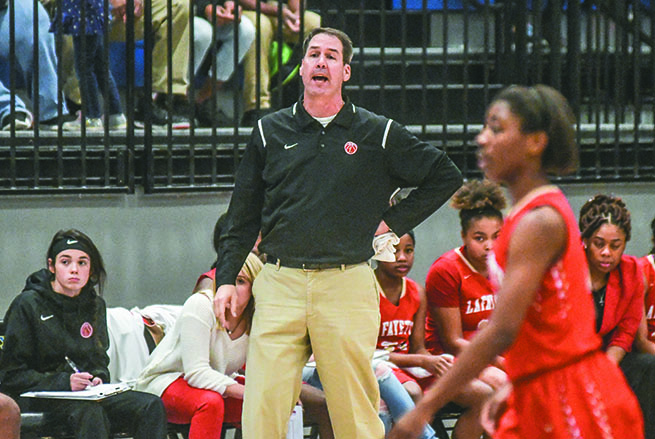 OXFORD — In their first season at the Class 5A level, Lafayette was one game away from playing for their second consecutive state championship. The Lady Commodores fell to Hattiesburg in the semifinal round, but there was still optimism afterwards. That is because head coach Shayne Linzy was getting most of his core group back, returning four starters this season.

Lafayette is still considered one of the top teams in Class 5A to contend for another trip to Jackson, but the path to get there has increased in degree of difficulty. Linzy was dealt a blow last week when senior Xhiir ‘Boosie’ Burgess suffered an ACL injury playing volleyball. Minus a miraculous recovery, Linzy lost one of his starters for the season.

Another setback, yet the optimism remains.

“Nothing changes,” Linzy said. “Is it maybe a little bit harder? Well, yeah. You lose a senior captain. You lose a two-year start, a girl who’s played every year. You lose your second leading rebounder. Losing all that stuff and the girl who brings energy to the team. I’m confident and I have all the faith in the world in all those girls who are going to come off the bench. It’s going to be a next man up.”

Lafayette will be without Burgess, but still has three starters with championship experience who will still take the court. Sophomore Azariah Buford, junior Kimaya Dixon and senior Mariah Holland will be the anchors for the Commodores’ starting five.

All three players were apart of Lafayette’s run to the Class 4A state championship two years ago.

“You look at someone like Boosie and you don’t replace them,” Linzy said. “You just find a person, two people, three people, five, whatever it takes to give you what she was giving you. They’re all going to do it differently. Nobody is going to be her and I don’t expect that. But, I expect the same results.”

Along with his three seasoned starters there is a group of ninth-graders that Linzy will call upon a little sooner in their development than he anticipated. Karizma Norphlet, Shybrya Pettis and Kailey Gooch are just a few of the freshman that will now see extensive minutes this season due to the loss of Burgess.

Class 5A instantly became tougher with the addition of Olive Branch into the mix. The Lady Conquistadors served a postseason ban last season due to an ineligible player during the 2016-17 season, which cost them the 2017 Class 6A state championship title.

Linzy knows how tough 5A will be once again and scheduled the first two-months of the season accordingly. Lafayette will play Ingomar, Choctaw Central, Horn Lake among other perennial postseason teams before region play begins in January. They start the season against Shannon in the Hound Dog Classic in Tupelo on Nov. 6

Oxford travels to Hernando with a home playoff game…