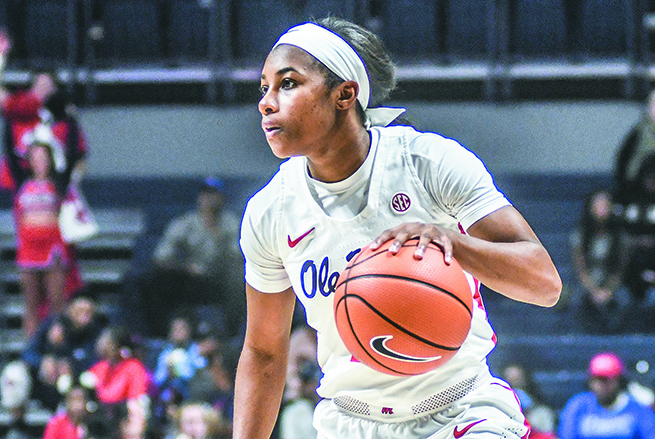 OXFORD — This season will not be about the opponent for Ole Miss. It will be more about the team.

That is how Yolette McPhee-McCuin wants it.

As she begins her first season at the helm of a Southeastern Conference team the expectations will be within reason and the long-term goals will be not be discussed, at least for now.

“We’re on our own journey,” McCuin said. “So, we’re heavily focused on what we need to do to be successful. Goals are long-term, so we’ve been setting a lot of little wins, which is what we’re calling them. We have been talking about attitude, effort, demeanor, executing and controlling the controllable.”

Fans will get to see McCuin’s version of the Rebels for the first time on Friday when they host Lemoyne-Owen in an exhibition game at 3 p.m. It will be the second time they have faced someone other than themselves. The Rebels traveled to Memphis last week to play the Lady Tigers in a scrimmage and McCuin came away with a lot of positives.

Setting the expectations low will not be difficult to do for McCuin. The Rebels were picked to finish last in the conference by members of the media after coming off a 1-15 conference record a season ago.

“You can only go up from there,” McCuin said. “Just to get the kids to come out and compete for 40 minutes. I have never been a coach that has been worried about the wins and losses, even in our most successful seasons it has always been about the process and the things that we can control. Playing hard and getting defensive stops, understanding what the game plan is and following through. That is the way that I am going to look at everything.”

The first month of practice has revolved around changing the culture of the program and also meshing in the nine newcomers to the Rebels’ roster. After mass exodus of players following the departure of former coach Matt Insell, McCuin and her staff managed to put a roster together in short order.

“It is a fun group,” McCuin said of the new players. “When you are going to going to go in and just get a bunch of different people then you have to get good people with good personalities or it can be a box of chocolates. My experience coaching the (Bahamian) National Team has allowed me to come up with unique ideas to get things going quickly in a short amount of time.”

The Rebels got a boost during their scrimmage at Memphis with the return of Shandricka Sessom. The senior came back to the court for the first time in nearly a year after suffering an ACL injury that ended her season.

Sessom also received some good news when she was named Preseason Second Team All-SEC by league coaches on Tuesday. This recognition comes after not playing in any of the Rebels’ conference games a season ago and Sesson is still not 100 percent healthy to begin this season.

“I told (Sessom) that it was a sign of respect,” McCuin said. “She didn’t even play in conference last year, so for them to put her name on there means a lot. I didn’t even get a vote. That was the rest of the coaches. This is probably what she needs to keep going. She is excited about being back. She’s special, so I am excited about her.”

Lafayette ends the regular season at Lake Cormorant with…