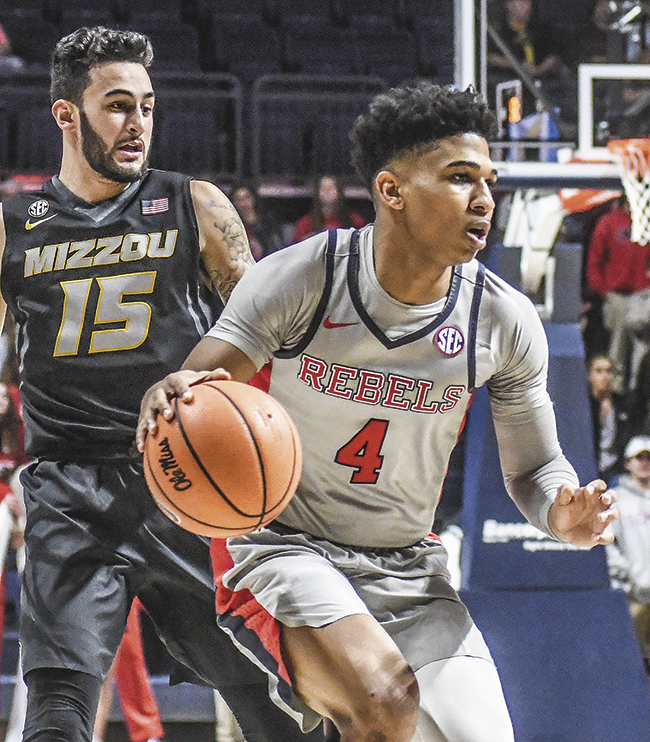 OXFORD — All the talking and practicing is over. Tonight the next era in Ole Miss’ men’s basketball program will debut along with first-year coach Kermit Davis.

Davis and the Rebels host Fayetteville State in an exhibition game (6 p.m.) ahead of their season opener against Western Michigan on Nov. 10.

Tonight’s game puts a bow on the preseason, which began with practices beginning on Oct. 1. The month has helped Davis and his staff find answers to questions they had about the Rebels. A closed scrimmage with Murray State also helped Davis get an idea of where his team is against an opponent that is not themselves.

“We’ve got to guard better and defend better,” Davis said. “No question about that. The last couple weeks (of practice) our assist-to-turnovers have improved dramatically. We were turning the ball over at an unbelievable rate. So, we’re taking care of the ball more. I think our team is getting back, defensively, better right now, which is a good thing. We’ve also got to become a much better rebound team.”

Davis expects most of his players to see minutes tonight. The only one who will not is Franco Miller, Jr.

The freshman guard is still recovering from an injury sustained ahead of preseason practices beginning. Davis did get freshman guard Luis Rodriguez back from injury after sitting out for three weeks. Rodriguez participated in the scrimmage against Murray State.

“Just like any freshman that missed (that many) days. Three weeks, that’s hard for him right now just from a learning standpoint,” Davis said. “He was a little ginger on his knee. I don’t think his knee was bothering him, just a little apprehensive. It’s going to take him two or three weeks to get back to being comfortable with what he’s trying to do.”

The depth of the bench is there for Davis, who would play around 10 players if the Rebels were playing in a game that counted. With Miller out, Davis will play junior Breein Tyree at point guard at times.

When practice began, Davis wanted to see more out of Terence Davis when it comes to his defensive play. The progress is there on one end of the court, but Davis wants to see more out of his senior guard on the other end before the important games arrive on the schedule.

“Offensively and playmaking, I think (Terence) is doing a lot better,” Davis said. “He’s got to guard better. It’s just a matter of fact. He’s got to stay in his stance longer, pay attention to detail. He’s our best player and he’s got to defend like it. He’s making progress at times but he’s got to be a guy who does it throughout possessions. Not just initial but finish possessions. If he does that he makes a totally different defensive team.