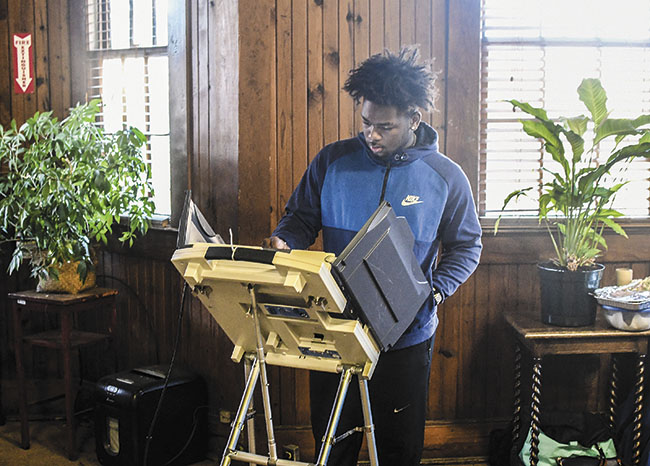 While Roger Wicker and Trent Kelly took home comfortable wins in the U.S. Senate and U.S. House of Representatives, respectively, Mississippi will wait to fill its other Senate seat.

Cindy Hyde-Smith and Mike Espy both advanced to a run-off election, as each obtained 41 percent of the state’s votes, according to the Associated Press.

In Lafayette County’s precincts, however, the results favored Espy. Espy received 45 percent of the votes and Hyde-Smith received 41 percent. Chris McDaniel, the second Republican on the Senate ballot, received only 17 percent.

McDaniel conceded around 9:45 p.m., telling his supporters to back Hyde-Smith in the upcoming run-off. McDaniel’s support of Hyde-Smith comes after a campaign where he claimed Hyde-Smith wasn’t a true Republican.

“We now have to unite,” McDaniel said in his concession speech. “Mr. Espy cannot be allowed to win this seat.”

The upcoming runoff election will be historical, as well.

For the first time in two decades, Mississippi voted a District 18, Place One Chancery Court Judge other than Glenn Alderson.

However, the Place One seat will have to wait a little longer before a judge can fill it.

Larry Little and Sarah Liddy have advanced to a run-off election on Nov. 27, as both candidates, along with third candidate Carnelia Fondren, failed to receive 50 percent of the vote. 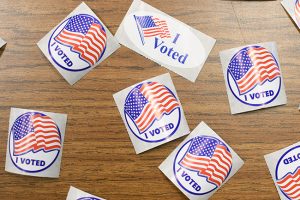 “I Voted” stickers are on a table for the Democratic runoff election as David Baria of Bay St. Louis and Howard Sherman of Meridian compete in the Democratic runoff for a U.S. Senate seat, at the Oxford Conference Center in Oxford, Miss. on Tuesday, June 26, 2018. (Bruce Newman, Oxford Eagle via AP)

Little said his Election Day was thrilling and nerve wracking, but he appreciated how kind and polite voters have been to him all day.

“Everyone is so nice and so cordial,” Little said, saying people have waived and said hello to him everywhere.

In Lafayette County, Little received 54 of the vote, with Liddy and Fondren receiving 16 percent and 29 percent, respectively.

“I want to thank all of those who supported my candidacy,” Little said. “Anytime you have three people, one person has to exceed the total of the other two and that’s difficult.”

In February 2018, Alderson announced he would retire at the end of his term, the same time that Liddy qualified to run against Little.

In his four years being part of Oxford’s District 2 polling station at the Oxford Conference Center, the biggest turnout District 2 Election Commissioner Max Hipp had seen was about 2,600.

That’s why the turnout he saw on Tuesday was “extraordinary.”

Hipp, who oversaw the polling station at the Oxford Conference Center, said around 3 p.m. that he already had around 2,200 votes from registered voters, and said that total might reach 3,000 votes by the time polls closed at 7 p.m.

In such a crucial midterm election, this kind of turnout didn’t totally surprise Hipp, but the number of voters was still outstanding.

“I wasn’t totally surprised,” Hipp said. “But it’s a little bit more than I had thought.”

Multiple voters outside the conference center said they were able to quickly come through and vote, citing how efficient the process was. Some voters saying it took less than a minute for them to walk up to a machine, vote and leave.

Voters also had no issues with their voting machines either.

Hipp said his station had “just funny little issues with the machines and poll books.”

“Other than that, nothing extraordinary,” he said. 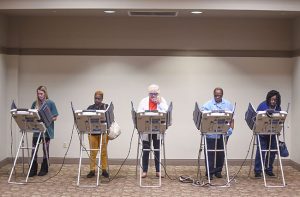 As for the act of voting in general, most voters felt it was their civic duty and obligation to vote in such a crucial midterm election, while some took the time to acknowledge how important voting is to a community.

“It’s probably among the most important civic duties,” Alan Spurgeon, who voted at the Oxford Conference Center, said.

However, some did have their partisan reasons to vote.

“I wanted the Democrats to beat the Republican candidates,” Spurgeon said.