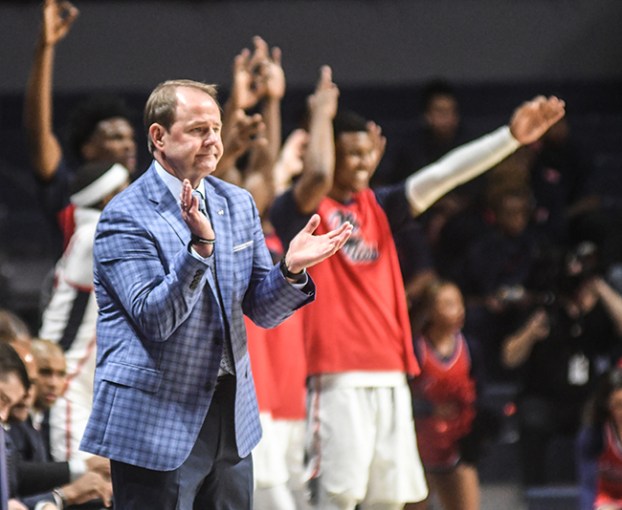 Ole Miss Basketball Season Preview P1: The Coach and his Affinity for Numbers

Ole Miss introduced Davis as the head coach in March, replacing Andy Kennedy after a 12-year run which saw Kennedy become Ole Miss’ all-time wins leader. After a disappointing 11-16 season last year, culminating in a peculiar departure, it was time for Ole Miss to move on. Enter Kermit Davis.

Davis comes to Oxford from Middle Tennessee, where in 16 years as the head coach he amassed a 332-118 record, including NCAA tournament bids in three of the last six seasons. At MTSU, Davis was an eight-time conference Coach of the Year, and his success extended well beyond just his conference. In the past three seasons he is 7-1 against SEC and Big 10 schools.

Despite his prior achievements, this is a new journey for Davis. A new town, a new team and heightened expectations in Oxford await. Davis will make his regular season debut on the sidelines on Saturday against Western Michigan, but he has had some experience at The Pavilion with last week’s exhibition against Fayetteville State.

Lighthearted speaking to the media this week, Davis joked about having parked in the same space for 16 years prior to taking the Ole Miss job. All of these subtle superstitions developed during his long stint at Middle Tennessee are now being reset during his first year in Oxford.

“It was really exciting for me the other night. It was good. I was nervous before the game; I felt like a freshman. I’ve coached a lot of games but it was new and I had an uneasiness about it in my stomach,” Davis said. “It’ll be fun and it’ll be different for me, because on Saturday it does count.”

In a sports world divided by new-school ‘stat guys’ and old-school ‘feel guys,’ at 58-years-old, Kermit Davis seems to be part of the first group. Multiple times speaking to media this week, Davis referenced the importance of how the numbers looked to him.

Davis has numbers in his mind of what that ‘right’ stat line is. He believes in defense – he wants his team to hold the opposition to a field goal percentage between 36 and 38-percent. Davis wants to out-rebound teams by six to nine rebounds per game, and offensively believes in free-flowing ball movement that naturally leads itself to a high ratio of assists to baskets made.

Thus far in the team’s preseason trip to Canada and the Fayetteville State exhibition, those numbers have been in line with Davis’ desire. Where the team has been struggling is with turnovers and allowing points off of turnovers, something Davis said the team is improving at with each practice and game.

The Rebels take the court at The Pavilion for the first regular season game Saturday at 3 p.m. against Western Michigan. Tomorrow, in part two of the preview, we’ll take a closer look at the Ole Miss roster and how they fit into Davis’ system and long-term plans.

For the second straight year, Ole Miss senior Terence Davis has been named to the Preseason Second Team All-SEC. The... read more