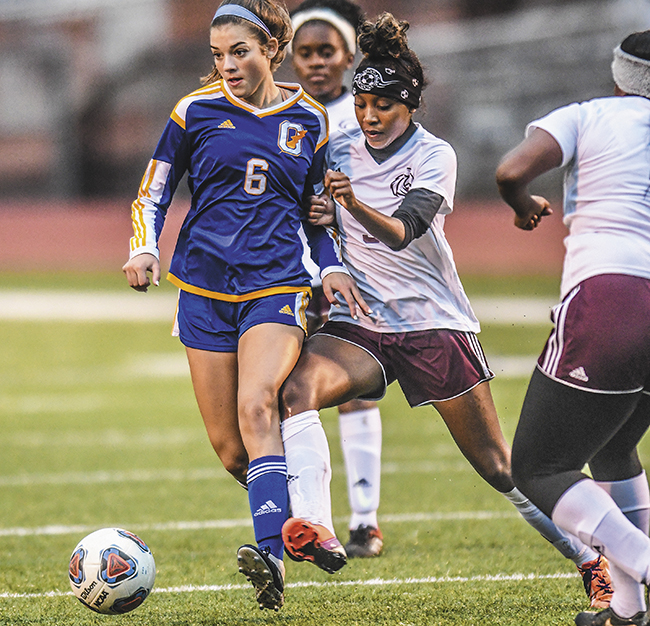 The soccer season is in full swing and a bulk of north Mississippi’s top high school teams will descend on Oxford this weekend for the Charger Invitational. Oxford is hosting the tournament at the FNC Park soccer fields tonight and Saturday. Both the Chargers and Lafayette’s soccer teams are set to play a handful of games.

“We are very excited about the weekend,” Oxford girls’ head coach Hunter Crane said. “One of our goals for the tournament is to provide matchups that teams would normally have to travel long distances to play. FNC is one of the best facilities in the state of Mississippi and people are always excited to have the opportunity to play there.”

Oxford’s teams will get the tournament started on Friday night with a pair of girls’ games and one boys’ game. The Lady Chargers will play Jim Hill at 5:15 p.m. to open up the tournament and then play Grenada at 7 p.m. The Grenada game is a makeup after their matches at Grenada on Tuesday were canceled.

The Chargers will play Jim Hill at 5:15 p.m.. Jim Hill and Grenada’s boys will also play a match on Friday at 7 p.m.

The biggest test of the weekend for the Lady Chargers will be against fellow Class 6A foe Pearl. The two will play at 2:30 p.m. on Saturday and will serve as a tune up for Crane’s team ahead of Wednesday’s home match against last year’s Class 6A runner-up Northwest Rankin.

“We are looking to have a competitive weekend. We are playing two 6A teams and a strong 5A Grenada team that played deep into the playoffs last year,” Crane said. “Pearl and I discussed playing each other at the tournament last March. They’ll be a 6A South playoff team this year and we wanted to get a south state vs north state matchup early in the season to see how we matched up. This weekend is going to be a great springboard into one of the premier matchups early in the season between us and Northwest Rankin next Wednesday night.”

Saturday will also include a pair of matches for both Lafayette’s boys’ and girls’ teams.

The Commodores will play Jim Hill at 9 a.m. and end their day with a match against Center Hill at 12:40 p.m. The Lady Commodores also play Center Hill (10:50 a.m.) and conclude their day against Olive Branch at 2:30 p.m

Ole Miss keyed on stopping the run Saturday against…