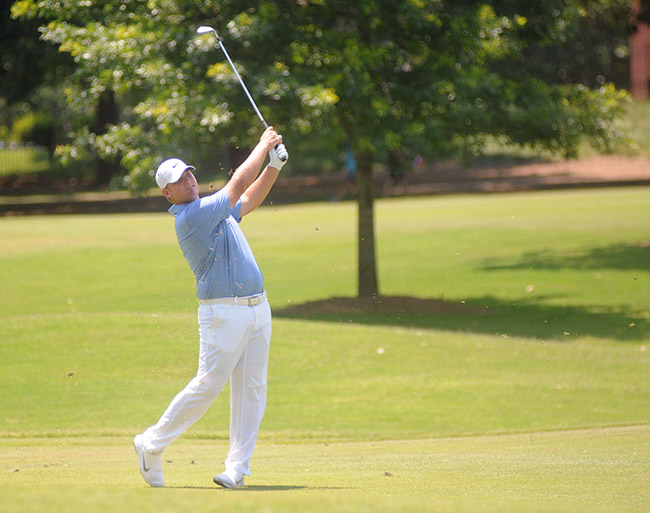 Ole Miss’ most successful men’s golfer will be playing this spring, it just may not be for the Rebels.

Braden Thornberry completed the second state of the Web.Com Tour’s Q-School on Friday. The senior shot a 4-under 68 in the final round to finish at 14-under overall and tied for 14th to qualify for the final stage.

There were five different golf courses hosting the second stage and Thornberry  competed at the Southern Hills Plantation Club in Brooksville, Fla. He shot under par all four days with rounds of 70, 67, 69 and 68 on the Par 72 course.

The final stage of Q-School will be held at the Whirlwind Golf Club in Chandler, Ariz. Dec. 6-9.

If Thornberry finishes in the top 40 at the final stage he will qualify for the Web.com Tour next year and will forgo his final spring season at Ole Miss.

During his time as a Rebel, Thornberry became the schools’ first NCAA Individual Champion in program history as well as earning several accolades. Thornberry is the No. 3 men’s amateur in the world and at one point earned the No. 1 ranking earlier this year.