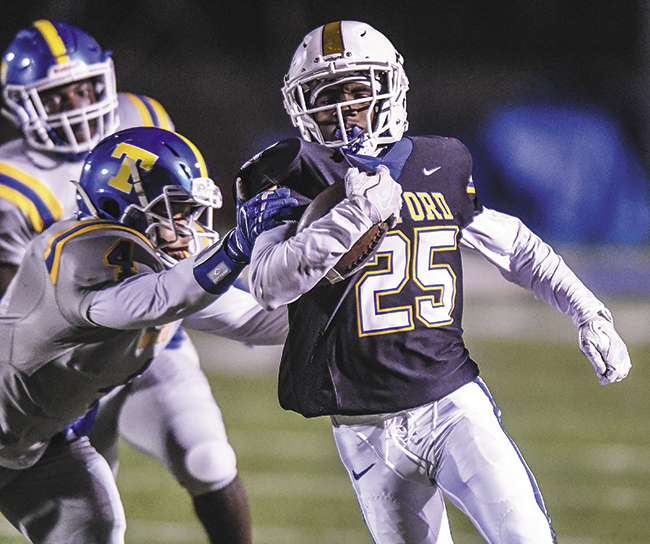 On Nov. 9, 2017 Oxford and Lafayette’s locker rooms were empty and silent.

The first season in their respective new homes of Class 5 & 6A were not kind to the Chargers and Commodores. Each team needed a win in the final week of the regular season to make the playoffs and neither team secured one.

Instead, while other teams around the state were taking the practice field in search of a state championship, Oxford and Lafayette were busy turning in equipment and cleaning out their lockers.

On Nov. 9, 2018 the script has been flipped with both teams returning to form and back in the postseason.

Playoff football is a common occurrence in the Lafayette-Oxford community and quiet Friday November nights a year ago felt foreign. Tonight the lights will be bright and a full stadium at Bobby Holcomb Field with Oxford hosting their first Class 6A playoff game against Madison Central.

Lafayette’s William L. Buford Stadium will be empty tonight, but two hours south in Madison at Germantown High School the Commodores will be playing their first Class 5A playoff game.

There were different reasons for why the Chargers and Commodores missed the playoffs last year.

Sure, you can say Lafayette and Oxford moved up in weight classification and were finally the small fish in a big pond after years of Dominance in Class 4 & 5A, respectively. You can even say Lafayette was dealt bad luck with the injury bug taking up a permanent residence locker room throughout the 2017 season. You can even say Oxford was exposed once they moved up to the top of the High School football mountain in Mississippi without the Jack Abrahams, D.K. Metcalfs and Zach Cousars that filled their rosters in recent years.

Some of those are true and some are pure opinion, but neither team used them as excuses. They took their lumps and turned the page towards 2018 immediately last November.

Lafayette got healthy and showed they were just as good in Class 5A as they were in 2016 during their run towards a Class 4A state title.

Oxford’s roster lost some key players on defense and even took their turn with the injury bug, but they never waived the white flag. Instead the Chargers had their first 9-win season since 2015 and finished second in their region.

2017 was not a banner year for either team, but they have put the past behind them and are ready to re-introduce themselves to the playoffs, in case anyone forgot about them.