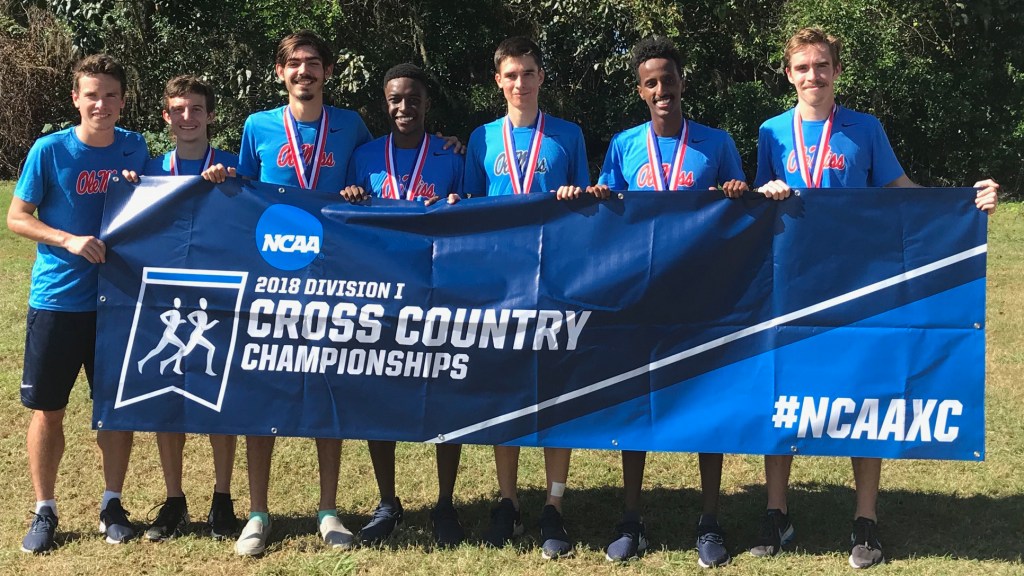 All five scoring runners for the Rebels finished in the top 15, led by junior Farah Abdulkarim’s third place finish. The time separating Abdulkarim and Ole Miss’ fifth runner was only 29.2 seconds.

Six Rebels earned All-Region honors, an Ole Miss program record. Nearing the end of their historic season, head coach Ryan Vanhoy says he was very proud of the team and how they’ve grown, but that these accomplishments were not exactly what he was expecting.

“On paper, at the beginning of the season, this was not the best team we’ve ever had. I felt very good about the guys we had but we were a little unproven,” said Vanhoy. “Relying on such a young group of guys and having the kind of success we had makes you feel good when you think about the future as well.”

This was the first time the Rebel men had raced at the 10-kilometer distance on the season. While qualifying was necessary, getting adjusted to running the longer distance was certainly on the team’s mind.

“I think that was the main goal for us at the regional,” head coach Vanhoy said. “Let’s get in the race, get adjusted to running 10k for the first time all year and use this as a dress rehearsal for next week.”

Sophomore Clio Ozanne-Jaques led the way for the women, placing fifth. Ozanne-Jaques was one of four Rebel women to make the All-Region team.

Next up for the cross country teams is a trip to Madison, Wisconsin next weekend for the NCAA Championships.

Ole Miss keyed on stopping the run Saturday against…