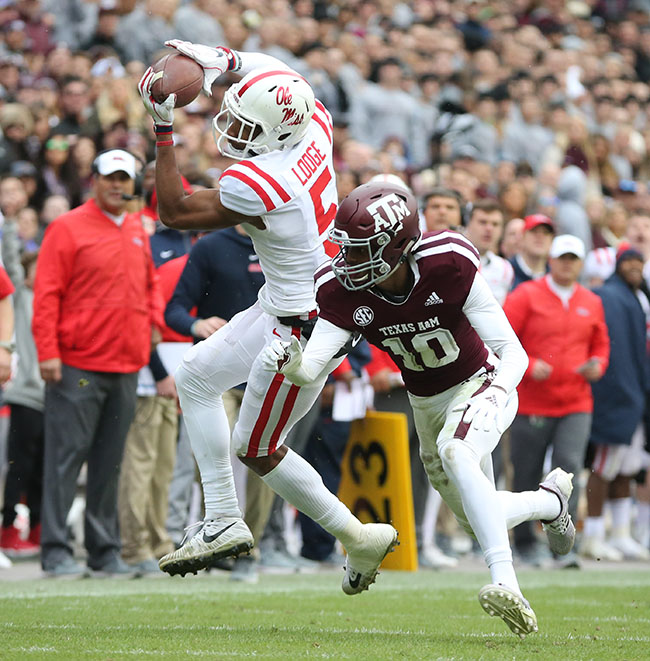 For three quarters the Ole Miss defense was having one of their most productive games of the season. The fourth quarter once again proved troublesome for the second straight week.

Texas A&M scored 14 points with explosive plays in a three minute span late in the game to defeat the Rebels 38-24 at Kyle Field on Saturday. The loss is the third straight for the Rebels.

The Aggies (6-4) used scoring drives of 80 and 46 yards, respectively, in the final 15 minutes to help seal the game.

Another crucial moment came with 10 minutes left in the game and the Rebels (5-5) trailing A&M 24-21. Luke Logan missed a 22-yard field goal attempt to tie the game. The Aggies would score on the ensuing drive to make it a 10-point lead.

Despite allowing the Aggies to convert 7-of-12 third down attempts, the Rebel defense shined at times. They had two takeaways with one resulting in points. Zedrick Woods picked up a Kellon Mond fumble and returned it 96 yards for the scoop-and-score. It is the longest fumble returned for a touchdown in program history.

Ken Webster also had an interception in the second half.

The offense lost a key weapon early when running back Scottie Phillips went down with an ankle injury during their second possession of the game. Phillips did not return after rushing for 4 yards on 3 carries.

In his place, freshman Isaiah Woullard rushed for 64 yards on 16 carries.

The Rebels lost another key offensive piece in the second half when Dawson Knox was ejected for targeting in the third quarter. Knox will sit out the first half of next weeks’ game at Vanderbilt.

On an ankle that is less than 100 percent, Jordan Ta’amu threw for 373 yards and a touchdown to DaMarkus Lodge. Ta’amu had 9 carries for a touchdown but  only netted -6 yards due to three Aggie sacks.

A.J. Brown had 6 catches for 127 yards, becoming the school’s leading receiver. He also recorded his second 1,000-yard season and is the first receiver in program history to have two season with at least 1,000 yards.

Ole Miss’ next game is at 6:30 p.m. (SEC Network) next Saturday at Vanderbilt.