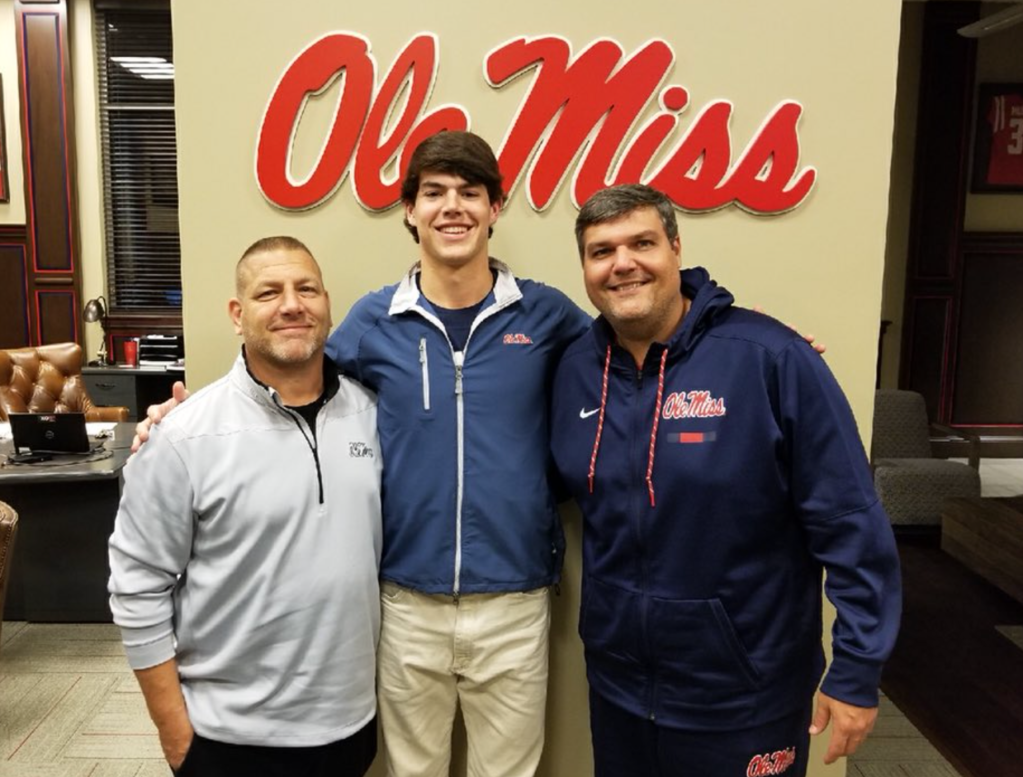 Dent, a three-star quarterback recruit according to 247sports and Rivals, called Ole Miss a “school I’ve dreamed of playing (for) my entire life,” in a statement released on Twitter.

Dent is not the only quarterback committed to play for the Rebels. Four-star recruit Grant Tisdale committed to Ole Miss back in April. Following this season, Jordan Ta’amu will run out of eligibility. This leaves freshman Matt Corral as the only scholarship quarterback on the Rebel roster. The addition of both Dent and Tisdale adds stability and depth at the position.

Dent became the 27th player in the high school class of 2019 to commit to the Rebels, improving their team’s recruiting rank to 16th in the country according to Rivals.com. Luke is doing a good job of recruiting within state lines. Dent becomes the 16th player from Mississippi of 27 players committed to Ole Miss.

During his final season at Jackson Academy, Dent led the Raiders to a 9-3 record, before lose to Jackson Prep in the semifinals of the 4A Mississippi State Playoffs.

Interestingly, Ole Miss was the only power five program to have offered Dent a scholarship. Dent chose the Rebels over offers from Cincinnati, Arkansas State and Colorado State.