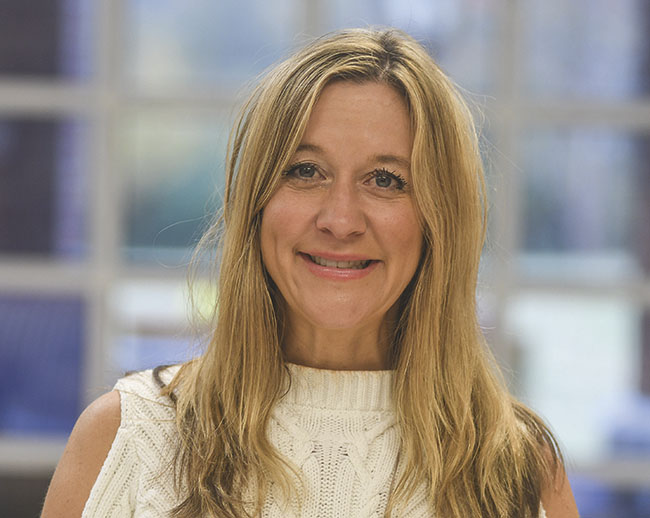 Nominated by her colleagues, Amy King prioritizes students ‘being seen’

When Amy King got the news that she was named Mississippi Counseling Association’s School Counselor of the Year, she couldn’t help but cry.

After all, it was a result of the love she has for her students and career as a counselor for Oxford Elementary School.

In her 19th year as a school counselor, and 25th in education, being named Counselor of the Year also represents how King was able to adapt to the twists and turns that come with being a counselor.

To face those challenges head on, King usually starts her mornings off by helping those who come through her office early in the morning. Some kids might need a coat; others need something as simple as a friend.

“I have a couple of friends that are looking for me that want to get a hug before school,” she said. “It could be anything.”

King’s main theme is her “community of helpers,” or a culture of helping others. This idea stems from those she’s connected with throughout her career.

That idea is also why King was nominated to be Mississippi’s Counselor of the Year by her mentor, Dr. Amanda Winburn, and Alanna Dotson Fairley and Liz Folkes, two of her supervisees, for “going above and beyond to make sure everyone is taken care of before herself and always strives to be better,” according to the Oxford School District website.

Every part of King’s career has been relative to the last, as she said she has parents of the students that she once taught and counseled in the past as parents of middle school students she counsels now.

“I’ll recognize kids in the hall and say ‘what’s your mom’s name,’ or ‘what’s your dad’s name,’” King said. “It will literally be someone that I connected with at different time in my life.”

King also supervises University of Mississippi graduate-level students, whom she calls her “bigs.” When she first started supervising UM master’s students during her first semester of counseling middle school, she found out it wasn’t that different from counseling her middle school students.

“It’s the same work. I was humbled by that,” she said. “We do operate a lot through play, but with my bigs we listen to music.”

Understanding that counseling is universal on some levels allows King to tackle some of the changes she’s seen recently, which are her biggest challenges.

Those changes deal directly with communication, as King said the art face-to-face communication has been lost as students have gotten cell phones, which evolved into smart phones, and social media became prevalent.

“I lived through each one of those eras with kids,” King said. “I watched communication become more challenging. “

King combats against communication challenges by encouraging not only students, but especially parents as well, to engage in an interface outside of a device.

“Is your device put away? What message are you sending if it’s not?” She said. “I think it’s about engagement, and whether or not were truly focusing on the person we’re talking to.”

King says her efforts fostering that community allows students to be aware of students who might have depression. For example, Oxford Elementary has what Kings calls “buddy benches,” where, if students sit there during recess, other students know to offer to play with them or just give them company.

That idea of “being seen” is what drives King’s community.

“When that kid comes to school that’s really depressed or angry, that could potentially be violent, other kids are already really aware of him,” King said. “We can put up all the security measures in the world, but that’s not going to ever combat the idea of someone being seen.”