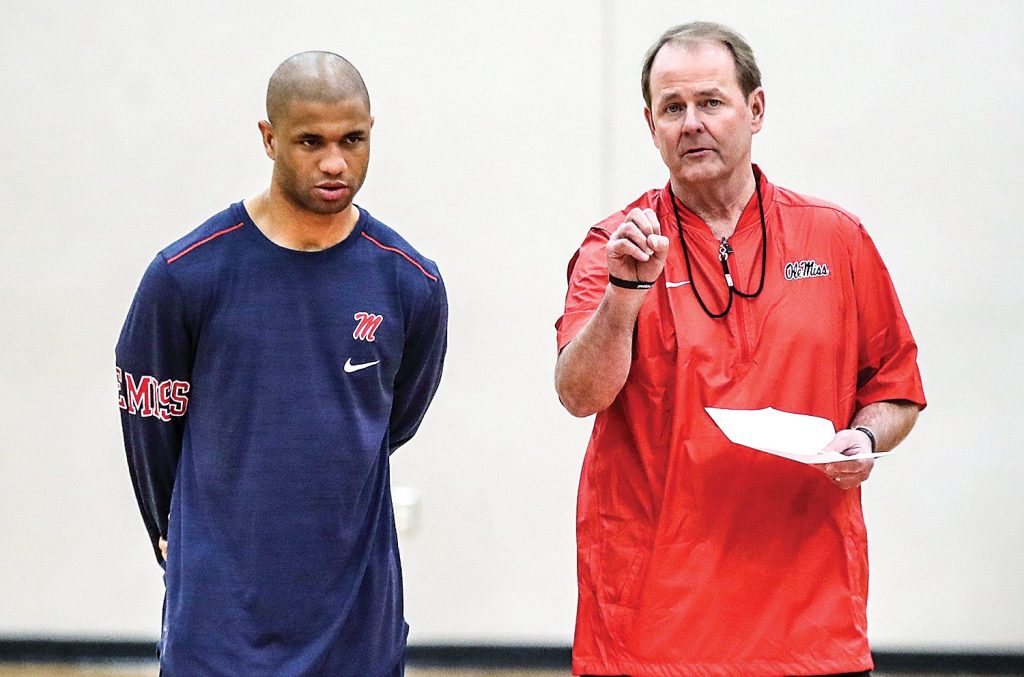 OXFORD – Wednesday marked the final day of the fall signing period for Ole Miss basketball, and Ole Miss’ first full recruiting class under Kermit Davis was a successful one.

Ole Miss landed four, three-star recruits in the fall period, making them the 39th ranked class in the nation according to 247Sports. Davis was able to recruit some players last year. However, after being named the head coach in March of 2018, this is his first full season recruiting for Ole Miss.

Davis’ first class emphasized position-less basketball. He targeted players that can do many things well and play different spots on the floor. Antavion Collum, a 6-foot-7 forward from Memphis is a good example of the type of player Davis will be targeting to bring to Ole Miss. Davis said Collum is a very skilled shooter, a player who’s length and high basketball I.Q. allow him to play different positions.

“Guys are going to have to be able to shoot the ball, be able to play out on the floor but still have a physical-ness about them,” said Davis. “I think you’re going to see a team that’s 6-foot-7, 6-foot-8, 6-foot-9. Maybe not at the point guard spot but all the other positions. We can do a lot of switching defensively and those guys can flow together offensively.”

Joining Collum at Ole Miss are Rodney Howard, Bryce Williams and Sammy Hunter. Howard is an interesting story. From South Carolina, the 17-year-old has only been playing basketball about two and a half years. His age is the same as many players in the class of 2020. Williams is a junior college transfer, a player Davis said is one of the top two junior college guards in the nation.

Another unique addition is Sammy Hunter, a forward from the Bahamas. Kermit Davis had a lot of praise for Hunter, calling him potentially the sleeper of the entire class of 2019. The 6-foot-9 forward can defend many positions with his length and is adept at stretching the floor and shooting three-pointers.

“If he had played on the regular AAU circuit this summer, I don’t think there’s any question he’s a top-50 player in America,” Davis said.

Kermit Davis’ first recruiting class was a great start for the new era of Ole Miss basketball. The class of 2019 marks the first time Ole Miss has had a top-50 class according to 247Sports since Marshall Henderson’s 2012 recruiting class.