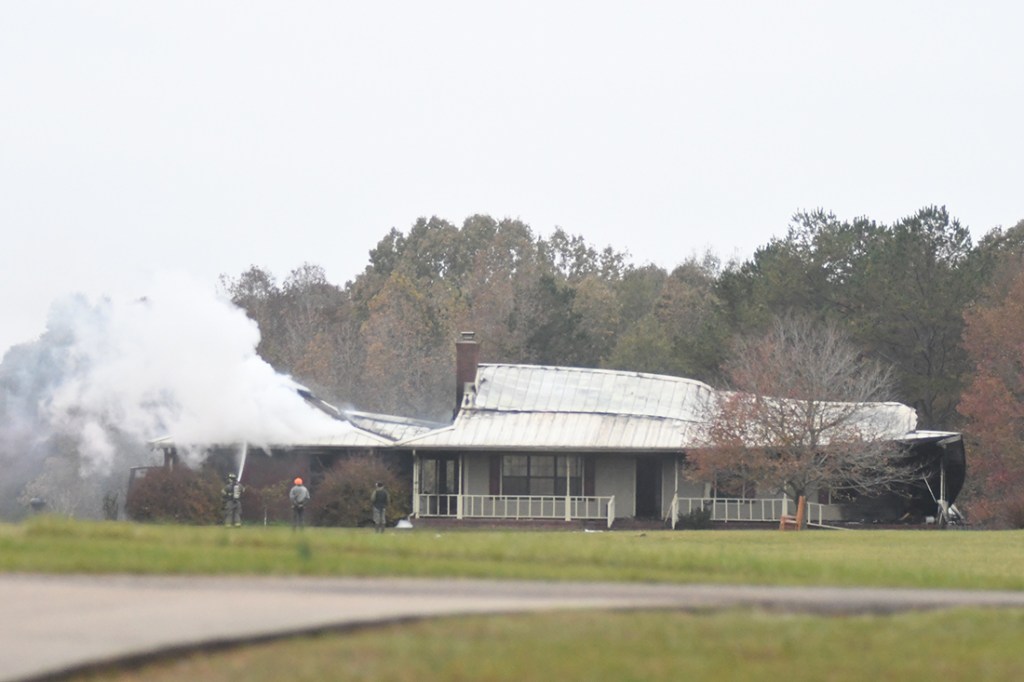 Lafayette County firemen respond to the scene of a house fire on County Road 425 after it reignited near Oxford, Miss. on Wednesday, November 14, 2018. The fire was originally reported late Tuesday night and firemen originally left the scene after 4 a.m. Wednesday. (Bruce Newman)

Lafayette County Fire Department responded to reports of a fire at Wildrose Kennels in Oxford that took five hours and over two dozen firefighters to put out.

According to the Lafayette County Fire Department, firefighters responded with six engines and 31 firefighters to calls of a structure fire at Wildrose Kennels at 11:36 pm Tuesday evening.

The firefighters left the scene at 3:36 am Wednesday morning.

The structure suffered total loss, according to the fire department, but is no suspicion of arson or malicious intent.

“Mike, Cathy and Deke are all safe,” Wildrose Kennels wrote in a Facebook post. “Many of their possessions were lost, but we are all thankful that they are safe.”

Wildrose Kennel’s Facebook post did also say the dogs and kennels on the scene were not affected by the fire.