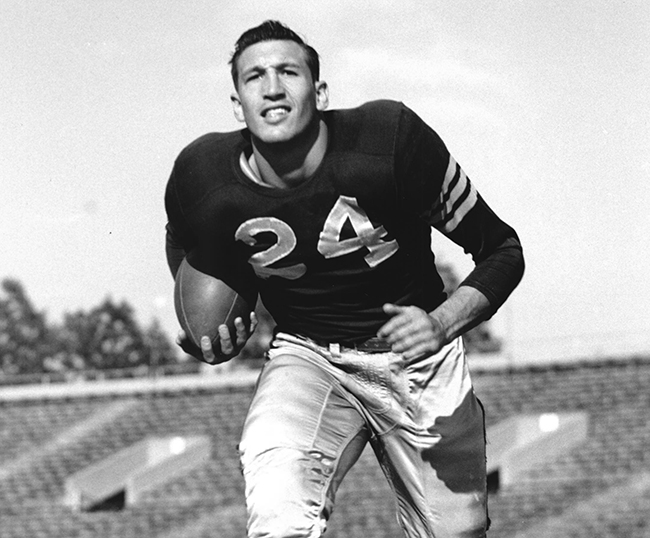 A native of McGhee, Arkansas, Dottley played four years of football for Ole Miss under head coach John Vaught from 1947-1950.

When Dottley walked off the field for the last time as a Rebel, he did so with nine Ole Miss records, including most rush yards in a career and most rush yards in a game. He still holds two of the top six single season rush totals in Ole Miss football history. During his 1949 season, Dottley ran for 1,312 yards and was selected as an All-American. That 1,312 yard season remains the Ole Miss record to this day.

Dottley finished his Rebel career with 2,654 rushing yards, averaging over 5.55 yards per carry. His record of 2,654 career yards stood for fifty years before being broken by Deuce McAllister in 2000. Currently, Dottley ranks third all-time in yards behind just McAllister and Joe Gunn.

Following his time at Ole Miss, Dottley was selected in the second round of the 1950 NFL Draft by the Chicago Bears. He would play only three seasons in the NFL with the Bears, making one Pro Bowl in 1951.

Dottley was inducted to the Mississippi Sports Hall of Fame in 1971 and the Ole Miss Athletics Hall of fame in 1987. In 1997, he was chosen as a Southeastern Conference Legend. Additionally, Dottley was a member of Ole Miss Team of the Century (1893 – 1992), selected by fans.

Dottley married Nina Mae Nosser, who was an Ole Miss cheerleader, in 1950. At the time of her passing, in 2013, they had been married for 64 years. He had been living in Vicksburg for over 65 years. He was an active member of the Shriners and the Jackson Touchdown Club, among others.

Funeral services for Kayo Dottley will be held Tuesday, November 20 at 2 p.m. from the First Baptist Church of Vicksburg. A burial will follow at nearby Cedar Hill Cemetery.