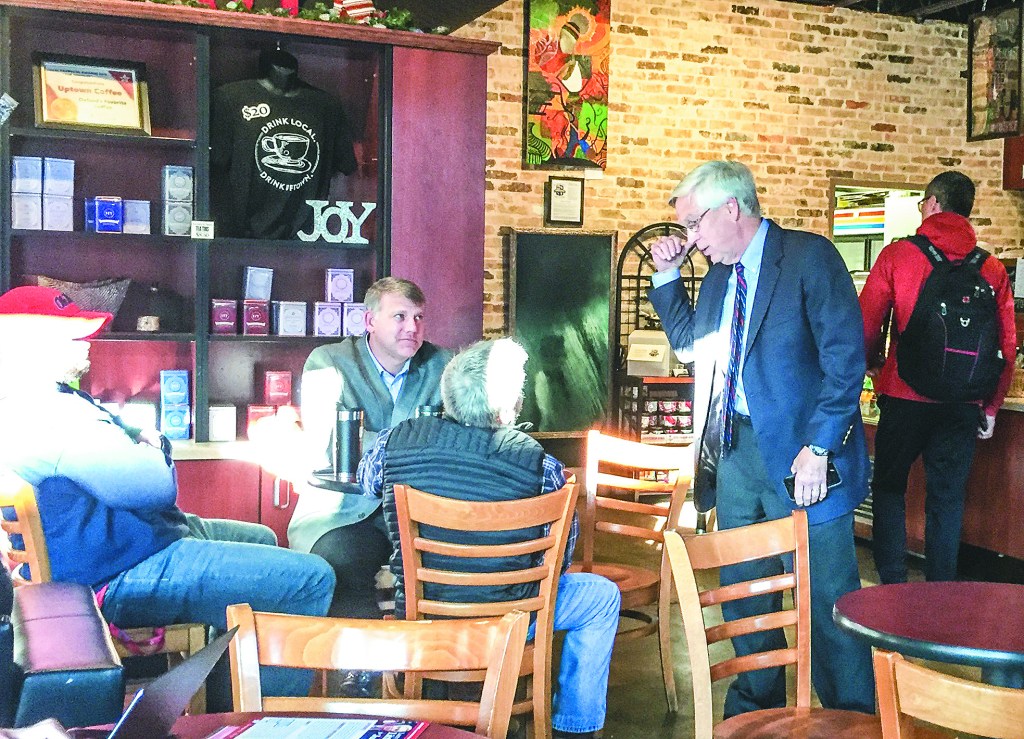 With a week until Lafayette County votes in Mississippi’s run-off elections, candidates in the District 18, Place One Chancery Court Judge position took the time to get out in the public eye.

Liddy, who advanced to the runoff election on November 27 over of the third Place One candidate Carnelia Fondren, said the event was important for citizens to meet the judicial candidates.

“We make decisions on families, and where children go,” Liddy said. “I tell people in my campaigning, when you get a divorce, and you’ve got a small child, you’re governed by that divorce decree until that child is 21 years old. “

“If you want custody, visitation and child support, and all those things to be done right, that’s all I’ve done for 25 years.”

As lawyers came through to say hello to the candidates, Liddy and Little both made their way around Uptown Coffee to introduce themselves to other patrons.

Little worked his way around the coffee shop, saying hi to those wearing suit jackets or sweatshirts. Liddy, instead of walking around, positioned herself rather perfectly right before the ordering line, so she could introduce herself to those about to order a coffee.

The event also provided Liddy and Little an opportunity to learn more about the public and what residents are looking for in chancery court judges.

“A lot of people want to know about their own situation,” Liddy said. “I think people are also concerned about hearings, our courts maybe don’t have hearings as often as they should.”

Since Election Day two weeks ago, Litty and Little have continued their campaigns, picking up where they left off as they have win at least 50 percent of Lafayette County’s vote to win the Place One seat. 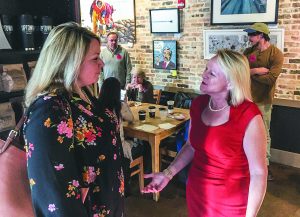 Little has somewhat of an advantage, as he won 40 percent of the vote on Election Day, while Liddy won 32 percent. The focus lies in winning the 28 percent Fondren commanded from the two.

“I think most of our efforts are networking our voters instead of having events,” Little said. “Everybody’s been so friendly and encouraging.”

The Place One run-off election is one of two elections Lafayette County residents will have an opportunity to vote for on the 27th. Along with the chancery court seat, voters will vote for Mississppi’s remaining senate seat, which is between Cindy Hyde-Smith and Mike Espy.

That race, rather notably, has featured pointed ads and statements that take shots at the other candidate. Liddy, however, stressed it was important for the chancery judge race to remain non-partisan, as a judge needs to be independent.

“We’re all pretty friendly to each other,” Liddy said. “We may slug it out in the courtroom as attorneys, but we’re able to talk later and maybe even have lunch because we understand that.”

“I think if it were just the judges race,” Liddy said, “It would be a much lower turnout.”

Little said his plans for the runoff mirror what he did on Election Day, as he also plans for a quicker count.

“We’re just going to be there, holding the sign and waiting,” Little said. “I think it might be somewhat quicker, but I’m not sure just because there aren’t too many races.”