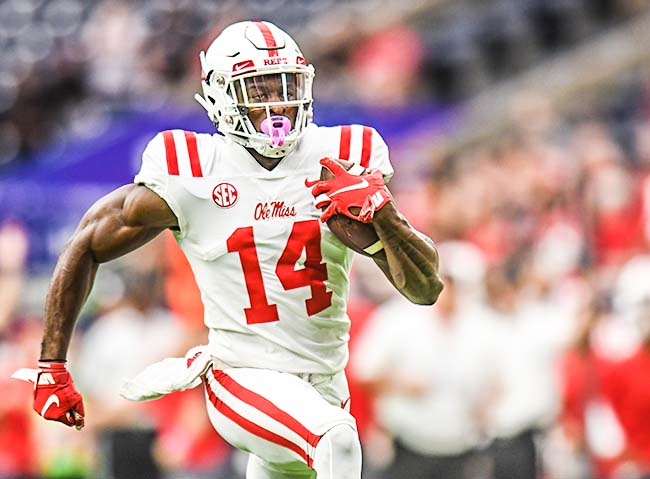 D.K. Metcalf needed less than 24-hours from watching his team get dominated by Mississippi State in the Egg Bowl to decide that he would not be returning to Ole Miss in 2019. He’s headed to the NFL draft.

Metcalf, a redshirt-sophomore wide receiver, played in only 21 games as a Rebel. He started the 2018 season red-hot, compiling five touchdowns in the first six weeks, averaging over 20 yards-per-catch, before a neck injury sustained against Arkansas sidelined him for the remainder of the season.

I have enjoyed my time at Ole Miss, gaining brothers and a family, now it’s time for me to pursue my dreams of playing in the NFL. I want to thank the University, my coaches, and teammates, but most importantly my family for helping me through this process. #HottyToddy #GodsPlan

Metcalf’s size and speed combination at 6-foot-4 and 230 pounds is something NFL teams will drool over. One NFL scout told Yahoo Sports on Friday that Metcalf projects as a second-round pick due to his size and skill, regardless of his relative lack of experience.