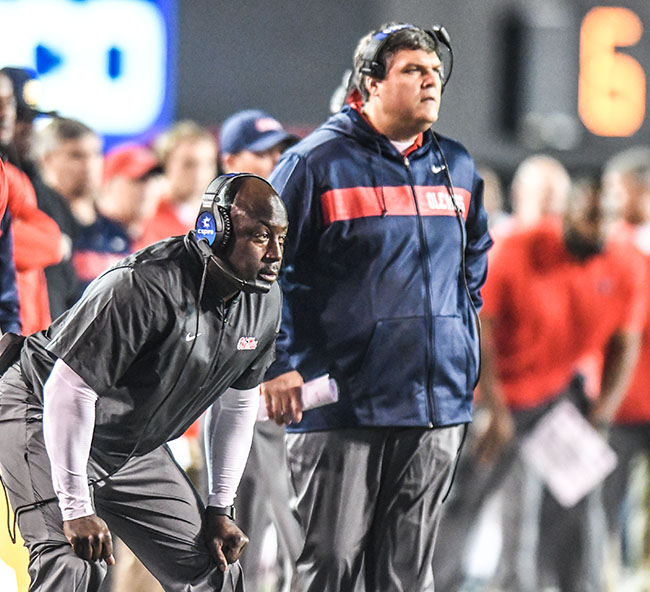 OXFORD – Wesley McGriff was informed today that he will not be returning to Ole Miss as the defensive coordinator, head coach Matt Luke announced.

The 2018 Egg Bowl didn’t exactly go as planned for Ole Miss. In fact, none of the 2018 season has really gone to plan. At 5-7, and 1-7 in SEC play, it’s not surprising that the Rebels decided to make a coaching change.

Ole Miss’s defense has been downright awful at times this season. They rank 103rd in the nation in points allowed per game (33.3) and 121st in yards allowed per game (483). In yesterday’s 35-3 Egg Bowl loss, the Rebels allowed 309 rushing yards at a clip of 6.1 yards per carry.

McGriff has two years remaining on his contract at Ole Miss. His $1.1-million salary will have to be bought out by the university for the remainder of his deal.

“I want to thank Wesley for his hard work and dedication to Ole Miss,” Luke said. “Despite the challenges his unit faced this season, we can be better on that side of the ball, and I determined new leadership is needed.”

To be fair, this is a team and a defense that has been handicapped by NCAA and self-imposed sanctions. Scholarship reductions, recruiting visit restrictions and transferring players hurt the depth of this team this season. McGriff said after the game that the biggest point of emphasis for the offseason was to recruit and add depth at every level of the defense.