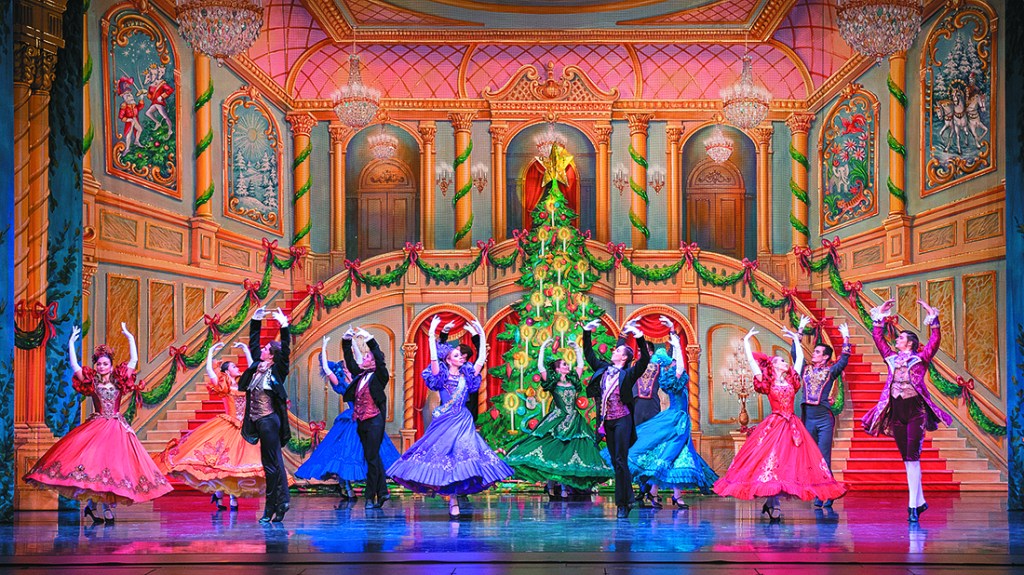 Performers in the Moscow Ballet's 'Great Russian Nutcracker' dance during a party scene in the show that is coming to the Gertrude C. Ford Center for the Performing Arts at 7:30 p.m. on Friday. (Moscow Ballet)

The Ford Center showing of a Christmas classic with a Russian twist surprised theatre officials, as the show has sold out seats added just under a month ago.

The Moscow Ballet’s Great Russian Nutcracker, debuting this Friday at 7:30, sold out its allotment so quickly when tickets went on sale in October the theatre added more seats.

According to Kate Meacham, the Ford Center’s marketing director, said she was surprised how quickly the show sold out but understands why it did.

The show will include 64 local dancers that will perform along side Moscow Nutcrackers dancers. Some of those dancers have purchased as many as 10 tickets for family members and friends to watch them dance in the Nutcracker.

She also knew the show would have a great draw, as the Nutcracker is a classic that audiences enjoy during the holiday season.

The Great Russian Nutcracker is a touring show, which has scheduled previous stops in 42 states, as well as four provinces in Canada. This was another reason why Meacham was so amazed by how quickly the show sold out, as touring shows usually don’t sell that well at the Ford Center.

Youth dancers auditioned on September 11, and Meacham said the show is a great opportunity to pair inexperienced dancers with those who have performed on an experienced stage.

“It’s a common practice with the Nutcracker,” Meacham said. “Moscow Ballet has a program that cultivates that.”

While the show is based off the classic Nutcracker Tchaikovsky ballet, Meacham said there are a few differences between the classic ballet and the Russian ballet touring through Oxford.

Specifically, the show differs in Act II when the show is set in The Land of Sweets.

“There’s a lot of the same music, of course,” Meacham said. “They do a great piece based on the Dove of Peace.”