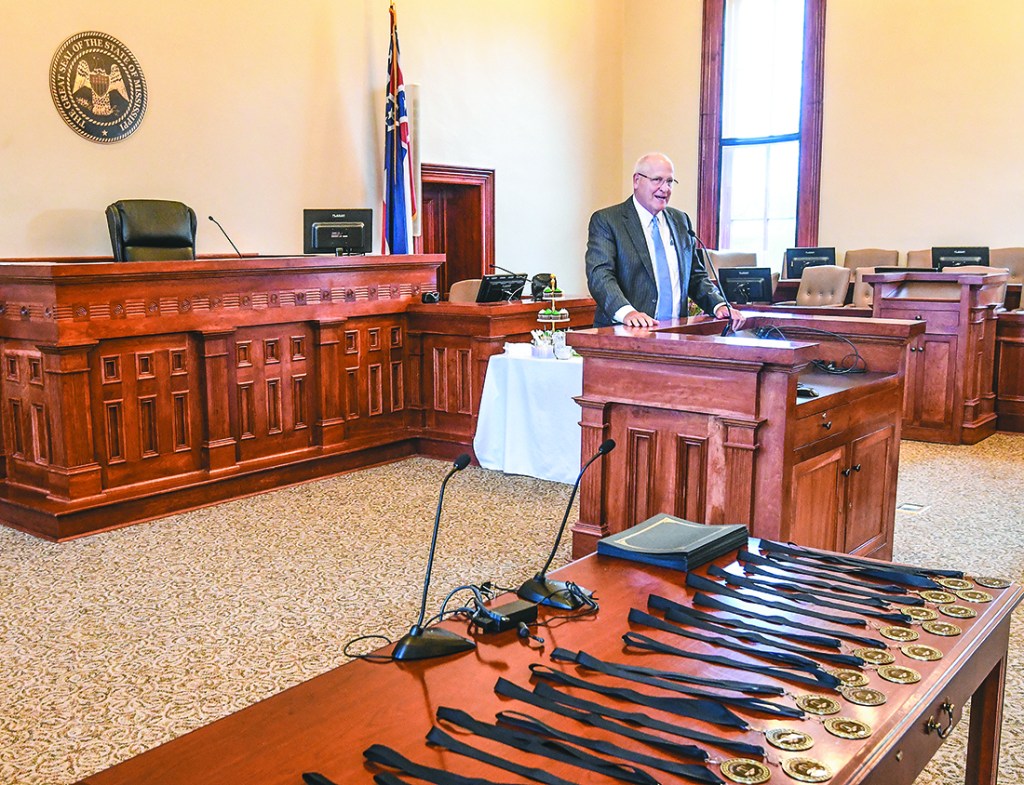 Oxford judge Andy Howorth has been involved in the local drug court circuit since 2007, and now he’s been appointed to be involved on a statewide level.

“It gives me the opportunity to participate in the policy making level of drug court operations in the state of Mississippi,” he said of his appointment the State Drug Court.

The EAGLE sat down with Howorth and caught up with him about his work in the drug court circuit.

When did you hear about your appointment?

What makes you want to operate your own the drug court?

That goes back to the problem we have in the criminal justice system. And that is there’s so many drug related cases, and so many people that reoffend, it turns out, are addicts. Studies have shown you’re not going to cure, or even treat addiction by incarcerating people. You can’t expect to solve the problem, except for the period of time when that person is behind bars. They’re going to come out. They’re likely to use drugs again, or alcohol, and they’re like to reoffend. A large percentage of the addict population, if you can get them into recovery, will not reoffend. That’s the people we’re looking for to divert into this program, to give them an opportunity to get clean and stay clean in hopes that they don’t reoffend.

What makes a strong drug court?

It’s a large number of things, but it requires a dedicated staff. That’s essential. As drug court, you have to have the ability to react quickly to problems. That’s one of the key components. Since we’re doing regular, frequent, random drug testing. We have to be able to impose sanctions quickly, for people who use drugs. In our model, that involves graduated sanctions.

What are graduated sanctions in your drug court?

We have what’s referred to as graduated sanctions and graduated rewards. If they do well, then they’re rewarded by having us not require as much of them. They don’t have to come to court as often, they don’t have to drug test as often. If they test positive, then it’s met with an immediate jail sanction so that there’ll be immediate and sure consequences for using.

How important is an organized drug court in a growing community like Oxford?

It’s important in every community, because the growing ones and the ones that aren’t growing, and the rural areas are all inflected with serious drug problems. And with drugs, come crime.