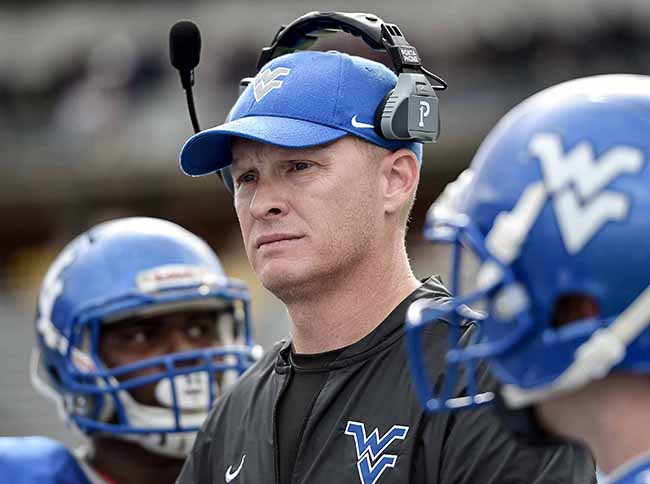 HATTIESBURG — They started from the bottom and now they’re here.

Two years ago Water Valley was in the cellar of Class 3A and coming off a 2-9 season. It was the worst year of Brad Embry’s tenure as head coach of the Blue Devils. It was also the worst season since 2007, the year before Embry took over and also another two-win team.

Embry arrived in 2008 after spending eight years as an assistant at Tupelo. Upon arrival he saw potential in the Water Valley program but also knew it would take some elbow grease and patience to bring the Blue Devils back to prominence.

The turnaround was not instant but within three years Embry had a program rattling off double digit-win seasons from 2010-13. During that stretch the furthest Water Valley made it in the playoffs was a quarterfinal appearance in 2010 where they fell to East Side by two points.

Embry could sniff success, but they still did not have all the pieces in place.

With a roster ravaged by injuries and full of freshman and sophomores, the Blue Devils plodded along, limping home to a 1-5 region record. Their win over Holly Springs kept them from finishing last in Region 2-A.

The conclusion of that season resulted in a meeting of self reflection and a decision of not letting a year such as the one they experienced ever happen again.

What did happen was resurgence in the Valley. The Blue Devils racked up eight wins in 2017 to finish second the region behind North Panola and sent home in second round by Yazoo County.

It was the first step of what would become a season to remember in 2018. Internally, Embry already had an idea of how special this season could be back in 2014.

“We told this group of seniors back in the eighth grade that they could win a state championship,” Embry said.

This season was historic for a couple reasons. Yes, Water Valley reached their first state championship appearance in 28 years, but they also had one of their most successful seasons. Not since going 15-0 in 1990 did Water Valley have more than 12 wins except for once in 1996 — the second only time they reached the North Half title game up to that point.

14 wins is the second highest win total in school history and happened because those group of sophomores and freshmen believed in the message Embry delivered inside their locker room in November of 2016. They also believed in each other.

Sure, the team believing in each other might have been enough to make a run to the state title, but the community of Water Valley embraced their team and provided support the likes of which Embry had not seen in any of his 10 seasons prior.

On Friday morning inside Southern Mississippi’s M.M. Roberts Stadium, 6,803 people watched the Class 3A state championship. A fair estimate would say 80 percent of them were sitting on the home side donned in their best blue and white attire.

The Bruce native had a plan when he took his first head-coaching job 10 years ago. It may have taken longer than he, and the program, wanted it to but the plan did work.

Embry lifted up his second state championship of his coaching career on Friday. The first came in 1999 when he was an assistant at Madison Central. For Embry, who said the most important thing he did on the Jaguars’ staff was ‘making sure all those boys had their shoulder pads and helmets when they get off the bus’, leading the Blue Devils to prominence tasted just a little bit sweeter.