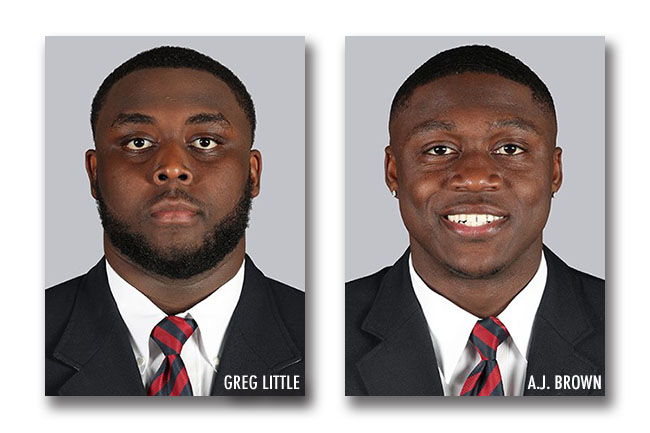 Brown, the Starkville native, will go down as one of the most accomplished Ole Miss players of all time. With one more year of eligibility remaining, he is already the all-time school receiving leader with 2,984 career receiving yards. This year, Brown’s 1,320 yards broke the school record that he already owned from the 2017 season. His 85 receptions in 2018 was also a school record.

Little, a native of Allen, Texas, has been a stalwart on the Ole Miss offensive line for years. He has appeared in every single game over the last three seasons for the Rebels at left tackle. Seen as potentially the best tackle in college football, he is also on the watch list for the Outland Trophy and a semifinalist for the Earl Campbell Tyler Rose Award.

Both Brown and Little have  yet to make up their minds on whether or not they will be returning to Ole Miss for their senior seasons. Many NFL draft analysis believe both are potential first round selections if they choose to declare.