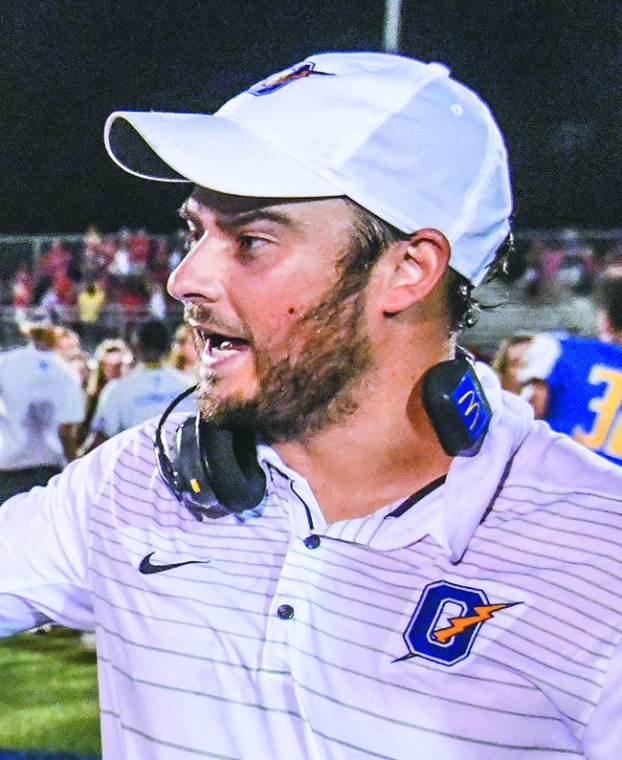 OXFORD — For the second time in his coaching career, and second time in the last three seasons, Chris Cutcliffe is a member of an all-star coaching staff. The Oxford head coach is a part of Starkville head coach Chris Jones’ staff for the North Team in the Barnard Blackwell North/South All-Star Game. The game will be played this Saturday at Gulfport High School’s Milner Stadium at 11:30 a.m.

In 2016 Cutcliffe was an assistant coach on the West Team of the Northeast Mississippi Football Coaches Association (NEMFCA) All-Star Game held annually every May in Booneville. Jones’, who worked with the Mississippi Association of Coaches (MAC) in selecting his coaching staff, contacted Cutcliffe, who accepted the offer.

“He called me back in the spring and asked me to be a part of his staff and I was excited for the opportunity,” Cutcliffe said.

The week leading up to the game is a whirlwind for players and coaches. The high school season wrapped up last weekend with the MHSAA State Championships and the players selected will convene on Wednesday in Jackson before heading down to Gulfport.

The teams are allotted five practices. One will be Wednesday afternoon once they arrive in Gulfport and then essentially what will be two-a-days on Thursday and Friday leading up to the game on Saturday morning.

Trying to install a playbook for a team in three days is a tall task, but especially for a makeshift coaching staff that has not spent any time all season together. To alleviate some of that pressure Jones has met with his staff when time would allow.

“We’ve spent a good bit of time meeting and talking as a coaching to get as much organized and prepared as possible,” Cutcliffe said. “That’s really kind of picked up in the last couple weeks as coaches finished up their seasons with their own team. (North Panola head coach) Carl Diffee and I have gotten together a couple times to really hammer out our playbook and make sure it’s easy enough to install in five practices.”

Simplifying a playbook to make it time efficient for coaches is one thing but they must also get a roster of 42 kids from all across north Mississippi to understand and execute these plays. A handful of players are still in game shape, having finished their season less than a week ago, but others might not have played a game since early November. The coaches are aware and have been diligent in making sure they are ready for Saturday, mentally and physically.

“We’ve tried to talk to the guys who didn’t make the playoffs or made an early exit about staying in shape, trying to run a little bit and make sure they’re ready to do two-a-day practices and play a game the next day,” Cutcliffe said. “Hopefully we’ll see that when we get down there.”

The game will be aired statewide on all Mississippi Public Broadcasting television stations.

OXFORD — For the only time this season the crosstown showdown between Oxford and Lafayette moved to the soccer pitch... read more