The Lyric starts construction on old style marquee, with more to come 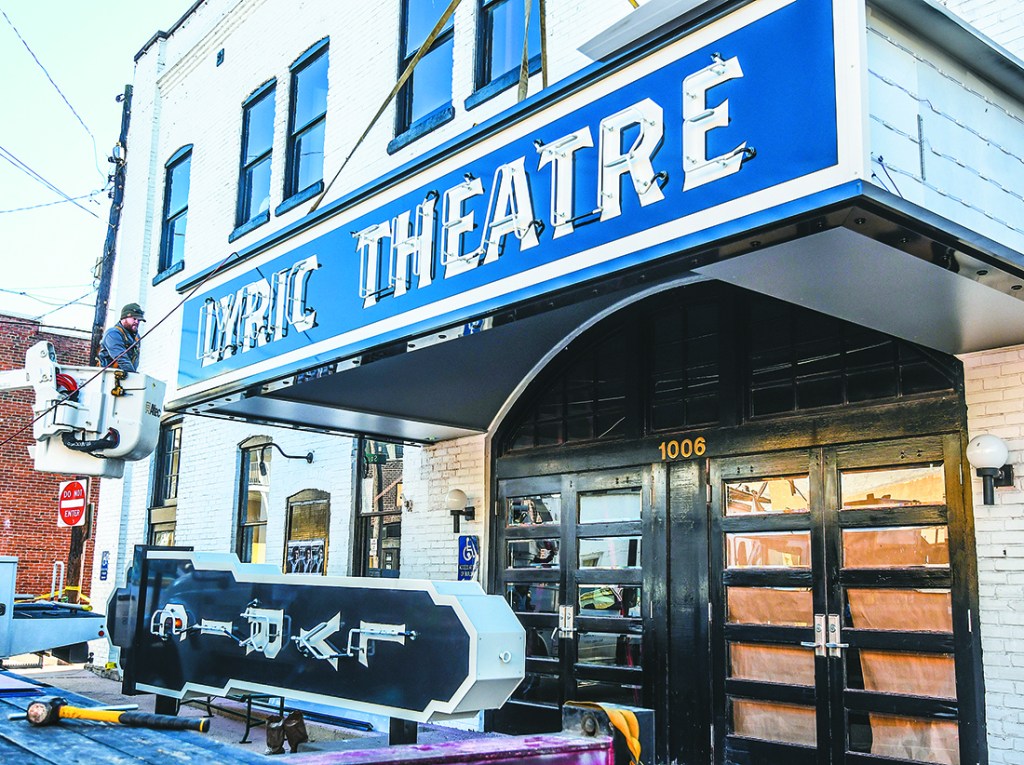 New signage was erected at the Lyric Theatre on Van Buren Avenue in Oxford, Miss. on Wednesday, December 5, 2018. The signage replicates how the theatre looked years ago. (Bruce Newman, Oxford Eagle)

At Tuesday’s Board of Aldermen meeting, The Lyric Oxford got approval to lease eight parking spots in order to begin erecting a new marquee.

The renovations, which were approved way back in January this year, began Wednesday on the front of the building, and construction was expected to last two to three days.

The marquee, however, won’t look new, as it’s modeled after the Lyric’s marquee that was on the front of the building back in 1940. But, according to The Lyric’s owner Bradley Bishop, these renovations are the first of many.

“We’ve been keeping an almost running to-do list,” he said.

Bishop said renovating The Lyric’s marquee is part of just fixing some wear and tear the building had, and he worked with the Historic Preservation Commission meeting to come up with the idea for the 1940’s look.

The marquee is also just the first of many renovations, however Bishop said the theatre is still on schedule to finish its renovations, which started at front and will work their way back.

Next for the theatre are renovations to the front, which include giving the lobby, bathroom and bars a make over. There will even be a café inside The Lyric, which will have regular hours.

“It’s a pretty extensive overhaul,” Bishop said. “The marquee was something we wanted to do initially when we opened 10 years ago.”

Back in January 2018, designs showed the new marquee will have exposed vintage-styled LED globe light bulbs like the original Lyric sign had in the 1940a.

These designs were shown in photographs, which were presented by lead architect Bruce Lanier during a Historic Preservation Commission meeting.