The winningest golfer in Ole Miss history is turning pro 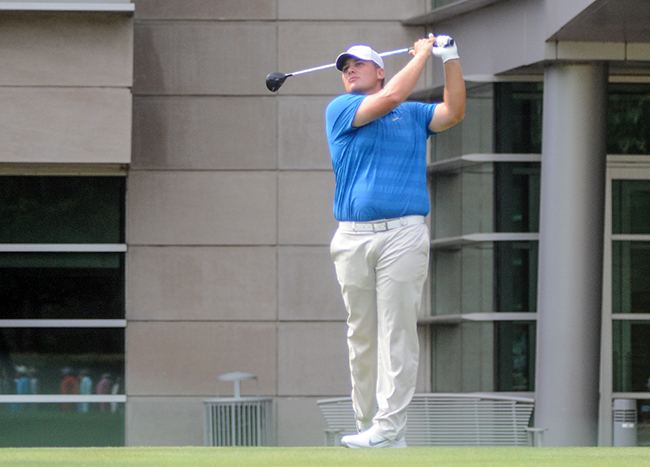 Braden Thornberry tees off on Hole No. 6 at TPC Southwind during the third round of the FedEx St. Jude Classic on Saturday, June 9, 2018 in Memphis, Tenn.

OXFORD – After a long and outstanding career at Ole Miss, golfer Braden Thornberry is going pro. The 2017 National Champion, Thornberry had the opportunity to leave Ole Miss a handful of times. Now a senior, he’s official going to forgo his amateur status and join the Tours.

“I’ve kind of been thinking about this the last couple days and made my peace with it individually,” Thornberry said. “It’s a little bit hectic but it’s cool… I just felt mentally ready and excited to go. That was most of the decision.

Thornberry will leave Ole Miss as the winningest golfer in program history. In his time as a Rebel, he won eleven events, including the 2017 National Championship. He had ample opportunities to make the jump to professional golf following the national title, but was never truly ready until now.

“I was close to the decision after junior year,” Thornberry said. “But I didn’t have my life in order. I didn’t have anything figured out and I really didn’t know how the tours work. I was never mentally ready at all… It was an easy decision to come back for me. The tough decision was right now.”

As an amateur, Thornberry played in five PGA Tour events, making the cut in three. His first ever PGA Tour event, the 2017 FedEx St. Jude Classic in Memphis, Thornberry finished tied for 4th. He also participated in the 2017 Walker Cup in Los Angeles, essentially an amateur version of the Ryder Cup.

In 2017, he was awarded the Haskins Award, following his national championship. The award is given each year to the most outstanding collegiate golfer in the United States. Prior to his announcement, he was ranked as the no. 4 amateur golfer in the world according to the World Amateur Golf Rankings. In 45 WAGR counting events, he won seven and placed in the top-ten 23 times.

“The golf has been really cool and we’ve had a lot of opportunities there, but my teammates (at Ole Miss) have been awesome,” Thornberry said, speaking of his time as a Rebel. “Having that bond with probably 20 total people. What they thought me, not even golf-wise, but life-wise and getting better as a person. Understanding life in general. That’s been the biggest thing.”

Thornberry said he plans to stay in Oxford, living and training in the area for at least a handful of years to start his professional career. He hasn’t completely figured out when he will play his first tournament as a professional, but believes it could be as soon as late January.