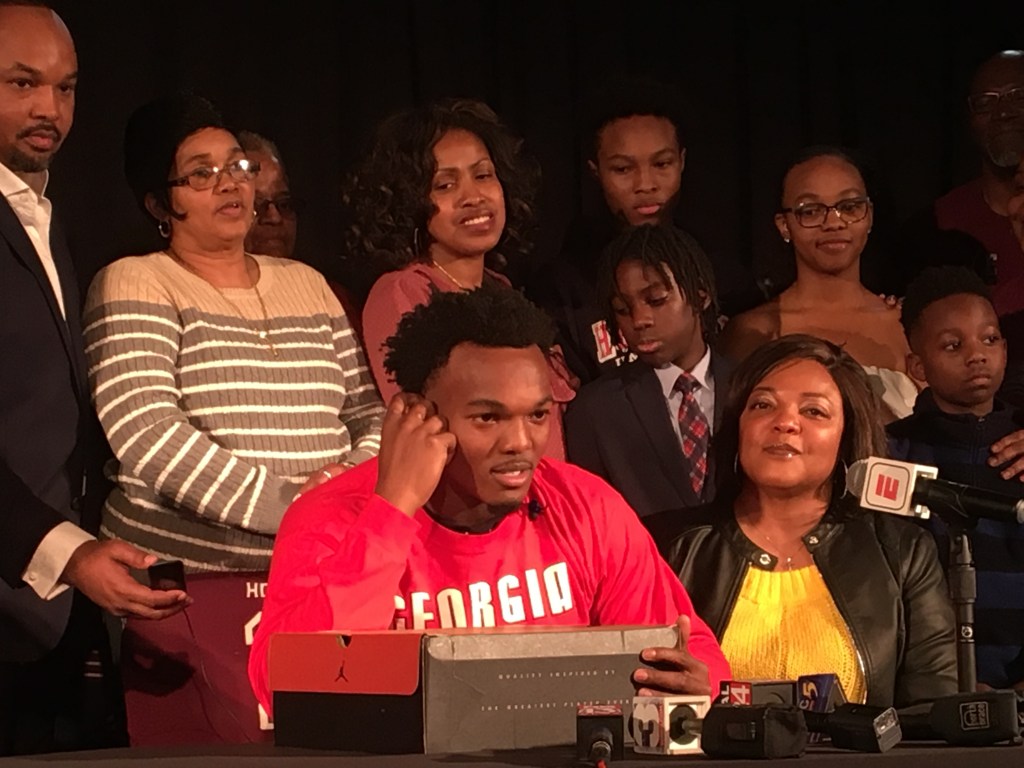 HORN LAKE, Miss. – Despite late rumors that Ole Miss was making a heavy push, the top high school football player in the state of Mississippi is going to Georgia. Nakobe Dean of Horn Lake made his decision Wednesday afternoon, live on ESPNU from the Horn Lake auditorium. To Rebel fans dismay: Nakobe Dean is a Bulldog.

“I feel like they gave me everything. They checked all the boxes academically and with development,” Dean said. “I just felt comfortable there.”

A five-star prospect, Dean is the top-rated inside linebacker in the nation according to 247Sports. He ranks 14th nationally, position independent. Dean said Georgia took the lead three days ago, but Ole Miss was always in the running.

For Ole Miss, landing Nakobe Dean would have been a monstrous step in the right direction for Matt Luke and an Ole Miss football program that has underperformed both on the field and in recruiting circles since the departure of Hugh Freeze. Now, they’re sinking back down.

Georgia was the heavy favorite to land Dean right up until the wire, and Ole Miss and Alabama were also coming at him hard – standard stuff for the best linebacker in America. But Dean chose Georgia, something he said he made his mind up on today.

“I gave everyone a chance and it went back and forth, but I finally landed on UGA,” Dean said. “It was close with Ole Miss. It was hard to say no with them.”

At Monday’s Mississippi v. Alabama All-Star Game, Dean made a big tackle for loss to which he followed up with a landshark gesture, thus raising eyebrows as to if he would actually come to Oxford.

A second Horn Lake player was also considering Ole Miss, but like Dean, Rydarious Jones is going elsewhere. Jones, a four-star athlete and the 16th rated player in the state committed to LSU Wednesday. He was considering LSU and Ole Miss. Jones says he will play corner.

Jones and Dean were together last night, mulling the decision. Jones said they were on the phone for three hours, before they finally made up their minds this morning.

For an Ole Miss coaching staff that had come under fire by fans following a disappointing season, Wednesday’s signing day has had some ups and downs for Matt Luke and company. Not landing Dean, thus making a statement by locking down the best in-state products, will certainly be seen as a failure.