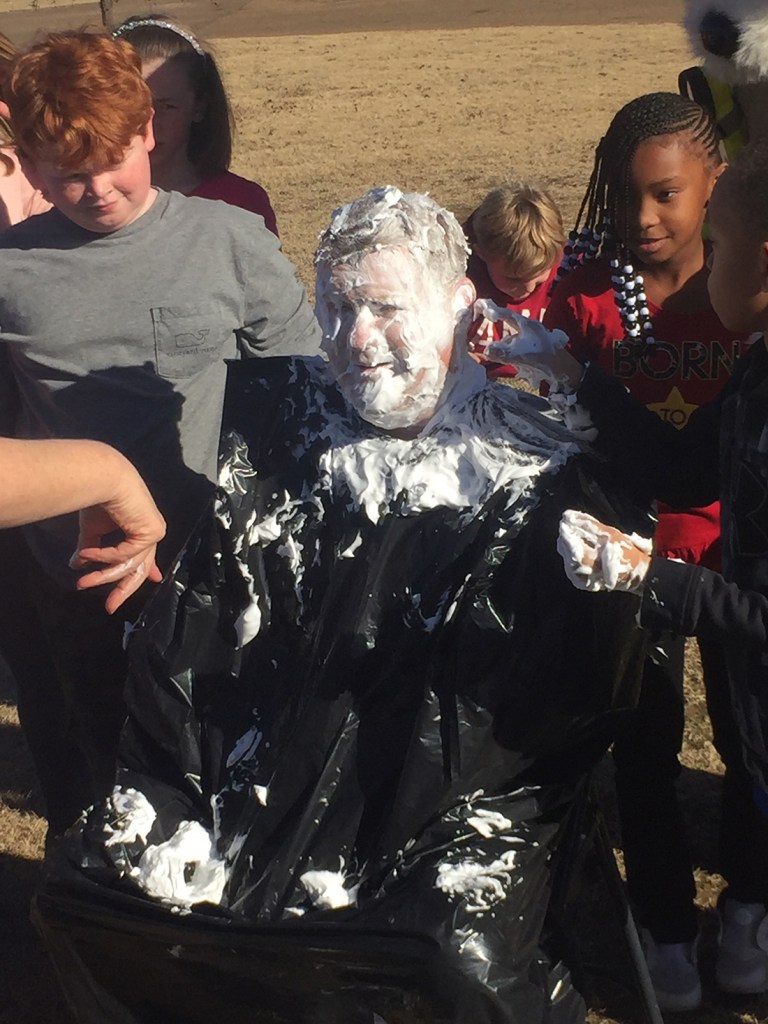 After Oxford Fire Department Chief Joey Gardner took a flurry of shaving cream pies to the face, a Della Davidson Elementary student asked him, “Does that feel good?”

“No, not really,” the defeated fire chief responded.

To the winners go the spoils, and the winners, Della Davidson Elementary’s fourth grade class, took the clear bragging rights over the losers, Oxford’s Fire Department, as the class raised more money than the fire department.

The fire department and fourth grade class raised $1,515 in total, which is being donated to Love Packs, according to Oxford Fire Department Public Educator and Inspector Jamie Phillips.

Along with the $1,515, the fire department also donated cups, wristbands and canned food to Love Packs, which exists to help provide lunches and necessities for school kids who need them.

The competition also had bragging rights involved, as Hope Gardner, Joey Gardner’s wife, teaches the participating fourth grade class. If the fire department won, Hope would have gotten soaked by water by a fire truck.

Hope said her class and Ruby Nance’s fourth grade homerooms, about 46 children in total, raised the money all by themselves. In all, the two homerooms raised about $700.

The idea was started by Hudson Clark, a Della Davidson student, came up with the idea, wanting to do something for Love Packs. From there, the challenge was on.

“The minute it turned into a challenge, they were all about it,” Hope said. “They wanted to beat the firemen, and we did.”

The win over the firemen resulted in the fire chief receiving five shaving pies, which Della Davidson students planed straight onto his face. Just to add insult to injury, the students spread it evenly over his head.

Luckily, Joey was wearing a large, black garbage bag to protect his uniform.