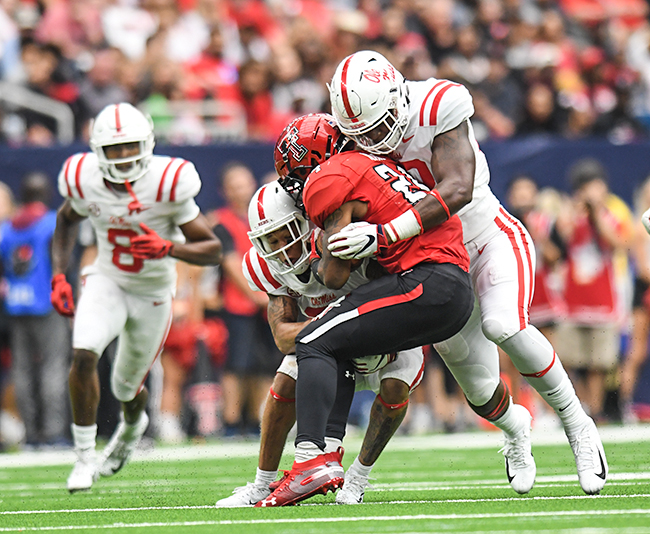 The Ole Miss defense was nothing short of downright terrible this year. This has been covered to a tremendous degree, so there’s no need to go into it in depth again here, but to throw out two quick stats as a reminder. Ole Miss ranked 109th out of 130 teams in S&P+ defense, and efficiency metric. Wesley McGriff’s firing at the end of the season was hardly a surprise. Now led by Mike MacIntyre, it’s time to turn the defense around.

A bolstered recruiting class should help. With a team that will be at full scholarships, there will be no using lack of depth as an excuse. Despite the way things ended in Colorado, MacIntyre has had a great deal of success turning around defenses in a quick amount of time. That’s why he’s here at Ole Miss. The window isn’t wide for this staff.

“Obviously, it was a tough situation for him, but it ended out working out for us,” said head coach Matt Luke. “He shows that knack and ability to turn things around very quickly. Part of it’s knowledge, part of it’s passion, part of it’s just him being a really, really good coach… it was a no brainer for me.”

Luke emphasized that MacIntyre’s time in the NFL, with the Cowboys and Jets, learning under Bill Parcells is part of why he’s been able to be so successful defensively at the college ranks. There’s also the added bonus of having another guy in the building with power-five head coaching experience. While that may not help the defense especially, there’s no doubt it’s an added benefit for Luke.

Here’s the good news: the 2012 Colorado defense closely resembles that of the 2018 Ole Miss defense. The season before MacIntyre took over, Colorado ranked 117th in the nation in yards allowed (out of 124). They were surrendering 46.0 points per game. That dumber was dead last in the FBS. The team ranking 123rd, Marshall, was giving up 43.1 points per game. It was simply a dreadful unit.

It took time for the Colorado unit to fully become what it was under MacIntyre, but some changes were evident right away. In his first year as Colorado head coach, the defense surrendered 38.3 points per game. It’s not a great number on the surface, but it’s almost five points less. By MacIntyre’s third year, when he got his players in and everyone bought into the system, the points per game was down to 27.5, quite a remarkable 3-year turnaround.

The bad news for MacIntyre is that it’s unlikely for him to have three years to turn things around in Oxford. It’s a coaching staff that has already felt the heat. The Rebels could certainly use a five point per game decrease in points for 2019, but it may not be enough. If MacIntyre can’t turn the defense around in a hurry, it may be more than just coordinator changes soon.

What to watch for: Previewing SEC Bowl matchups