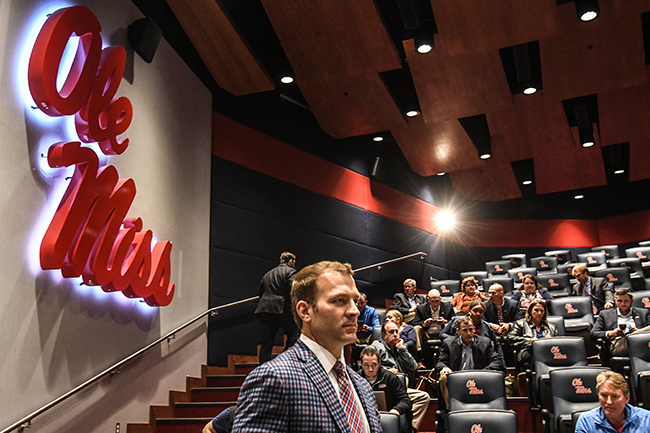 Nearing the end of 2018, it’s important to take a step back and look at things in the big picture. For Ole Miss sports, it’s nice to know that, despite gridiron struggles, they still matter on a national stage.

USA Today releases NCAA athletic department finance reports each year. In the 2018 reports, Ole Miss ranked no. 24 nationally in athletic department revenue. The figures, based on expense reports collected over the prior handful of years, list Ole Miss’ collected annual revenue at just shy of $117-million. Their listed expenses were north of $108-million, turning a profit of nearly $9-million.

Mississippi State ranked no. 31 in revenue, just topping the $100-million mark. Interestingly, their expenses, at $86.3-million, were the lowest of any team in the top 42 in the country in earned revenue. Texas and Texas A&M were the top two schools in the rankings, both turning over $210-million in revenues – no other school tops $190-million.

Forbes also compiles football-specific revenues and profit numbers. Ole Miss ranked slightly higher in football specific value, ranking no. 21 nationally and turning a football-specific profit of $42-million. Like athletic department revenues, the Forbes report is based on three-year averages for the 2014 to 2016 seasons.

It’s good to be in the Southeastern Conference. Of the 14-member schools, 11 SEC schools  finished in the top-25 nationally in revenue. Thirteen of the schools appear in the top-32. However, this number is even misleading, as private schools (in this case, Vanderbilt) do not have to disclose revenues.

For public institutions like Ole Miss, all university staffers, including athletic departments staffers, have their salaries listed in public record. Athletic director Ross Bjork is under contract through 2019 with a base salary of $650,000 and another $100,000 in possible bonus for on-field and academic incentives.

Head football coach Matt Luke makes $3-million per year with an extra $155,000 in possible bonus. While the number seems staggering on the surface, Luke’s salary ranks no. 44 nationally, right behind the head coaches for Georgia Tech, Pittsburgh and North Carolina State. Additionally, head basketball coach Kermit Davis is making $2.5-million per year plus incentives, ranking him in the nation’s top-30.

While wins matter, in a lot of ways money flowing into the program means more in terms of your national standing. Look at the top-4 with Texas, Texas A&M and Michigan: the last national championship for any of those schools in football or basketball was back in 2005 when Texas beat USC in the Rose Bowl. For a struggling Ole Miss football program, knowing you still have that national revenue rankings is a nice thing to remember.