Year in Review, part I: January to March

As we find ourselves with just one more week in 2018, it’s important to take time to look back at most striking sights of the year.

Here is the first part of The EAGLE’s Year in Review. 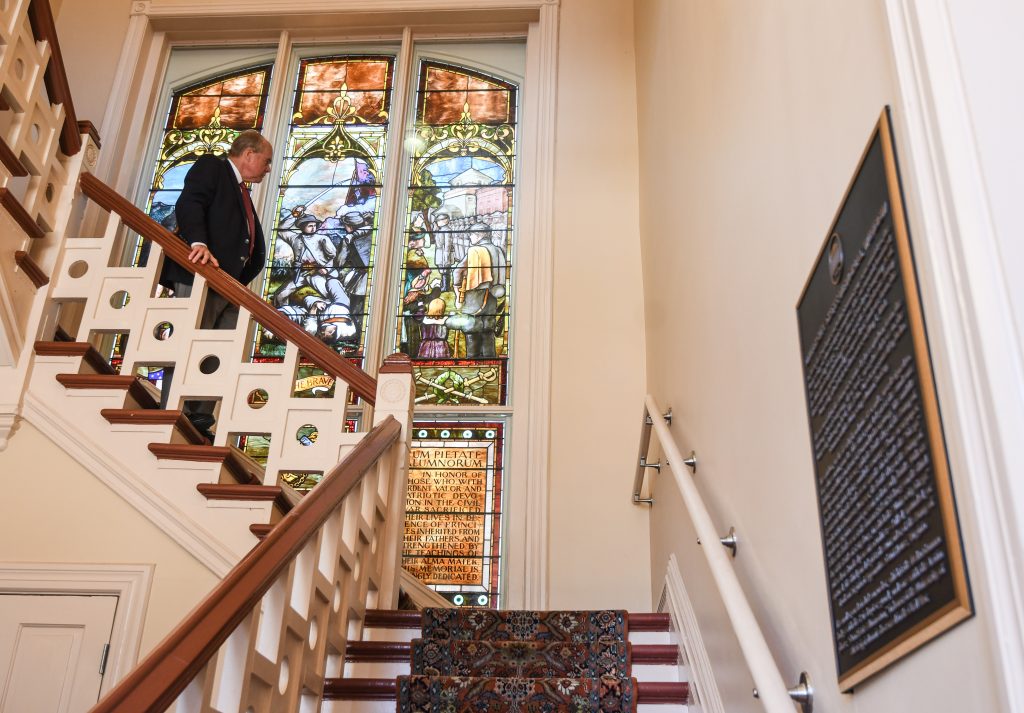 Don Barrett looks over a window dedicated to the University Greys at Ventress Hall at the University of Mississippi, in Oxford, Miss. on Friday, March 2, 2018. The university unveiled history and context plaques for university buildings such as Barnard Observatory, Lamar Hall, Longstreet Hall, George Hall, as well as a plaque recognizing the university’s enslaved laborers in the construction of Barnard Observatory, the Old Chapel (now Croft), the Lyceum, and Hilgard Cut, and the stained-glass Tiffany windows in Ventress Hall recognizing the University Greys, who were students who fought in the Civil War. (Bruce Newman, Oxford Eagle via AP)

The University of Mississippi, unveiled plaques that detailed the past history of different buildings on campus, such as Barnard Observatory, Lamar Hall, Longstreet Hall, George Hall, as well more recognizing the university’s enslaved laborers. There were also plaques recognizing students who fought in the civil war. 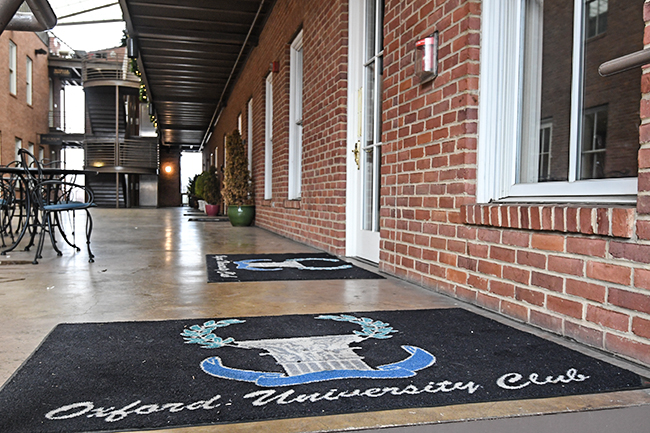 The Oxford University Club, which served lunch and dinner daily and had a full-service lounge and private rooms for meetings, closed its doors starting January 1st, 2018. No reason was given for the club’s closing, which left wedding parties scrambling to find replacement venues.

March For Our Lives marches through the square 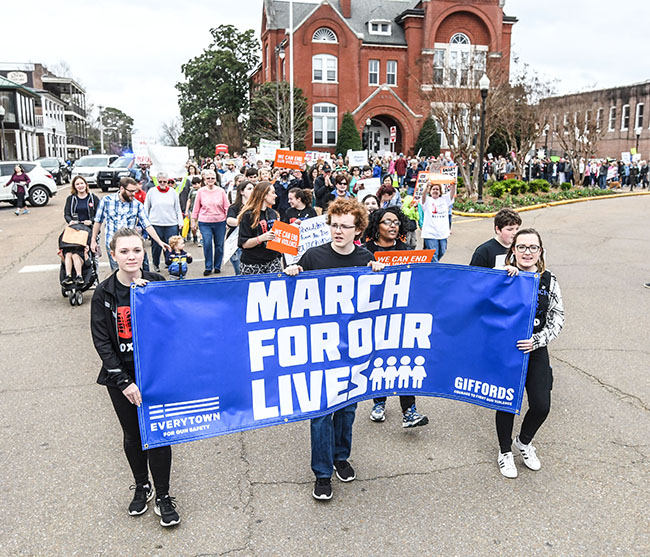 Taylor Green, from left, Elias Addy, and Alex Johnson hold a sign during a March For Our Lives event in Oxford, Miss. on Saturday, March 24, 2018. (Bruce Newman, Oxford Eagle via AP)

Taylor Green, from left, Elias Addy, and Alex Johnson march through Oxford’s square during the March For Our Lives event on March 24th, 2018. The event was a described as non-partisan gathering and march around the square in support of safer schools. It took place just over a month after the mass shooting in Parkland, Florida.

Abbe cleans the Head of Aeschines 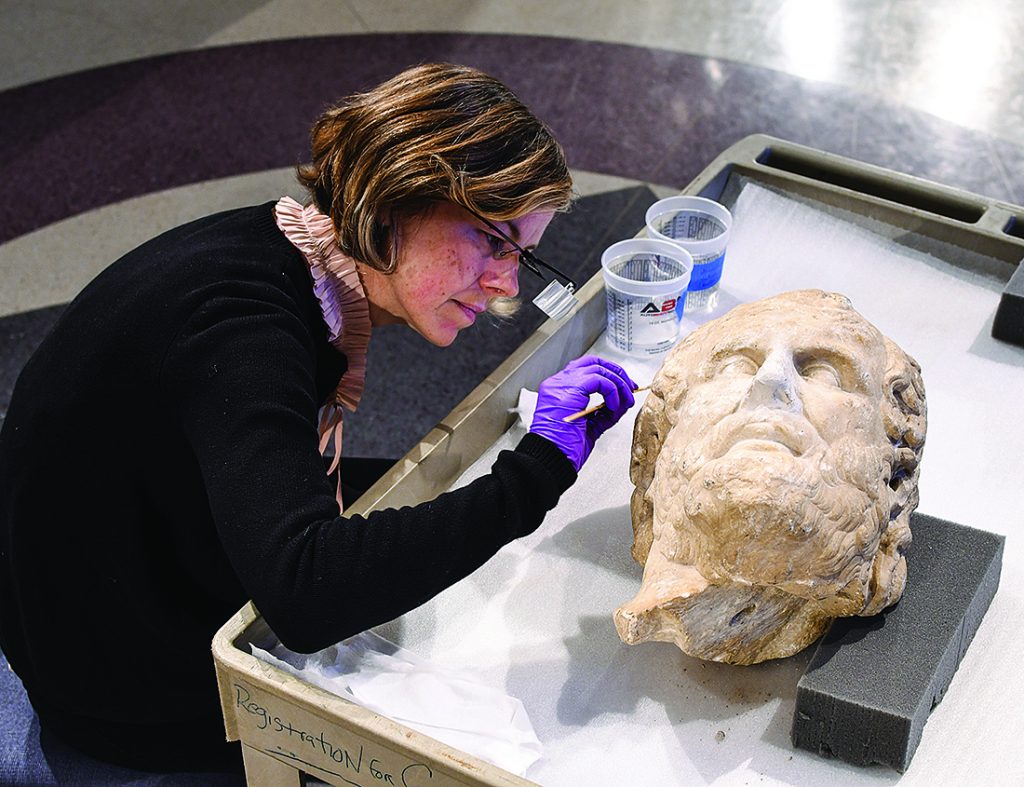 Amy Jones Abbe cleans the Head of Aeschines, an ancient marble sculpture from the David M. Robinson Collection of Greek and Roman Antiquities, at the University Museum in Oxford, Miss. on Wednesday, January 31, 2018. The conservation work is done on the museum collection in more than 20 years. Abbe will give a brief talk in the Museum’s Speakers Gallery at 4:30 p.m. on Friday. The free, public event will be followed by light refreshments.

The University Museum’s David M. Robinson Collection of Greek and Roman Antiquities boasted its collection of Greco-Roman statues and sculptures. Amy Jones Abbe (pictured) was one of the workers who helped complete conversation work on the items, and gave a brief talk about the collection on January 31st. 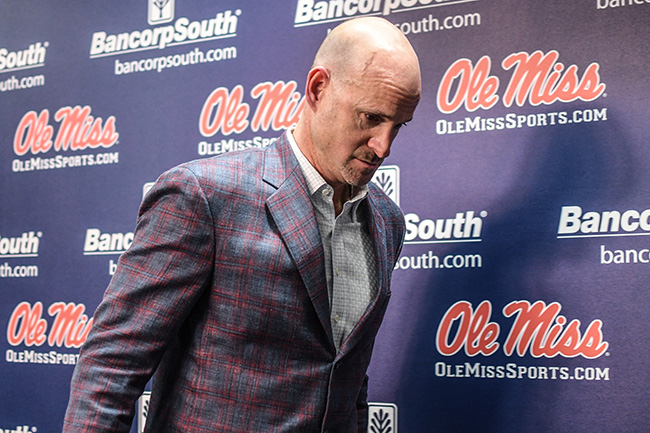 Mississippi head coach Andy Kennedy leaves a press conference at the Pavilion at Ole Miss in Oxford, Miss. on Monday, February 12, 2018. Kennedy, in his 12th season as Mississippi head coach, announced he would not return as coach following this season.(Bruce Newman, Oxford Eagle via AP) 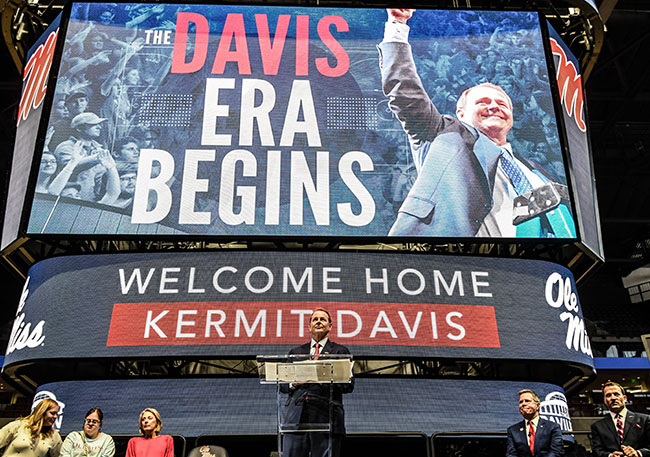 As Andy Kennedy left Ole Miss, the Rebels made a splash in hiring one of the hottest coaching names on the market. Ole Miss hired Kermit Davis away from Middle Tenneessee to the next men’s basketball coach on March 15th, 2018. Davis took Middle Tennessee to three NCAA Tournaments as the Blue Raiders’ head coach, and most notably upset No. 2 seed, and tournament favorite, Michigan State in the tournament’s first round.