From depressed and overweight to Jiu-Jitsu World Champion: Oxford’s Jamie Houston has reached his peak 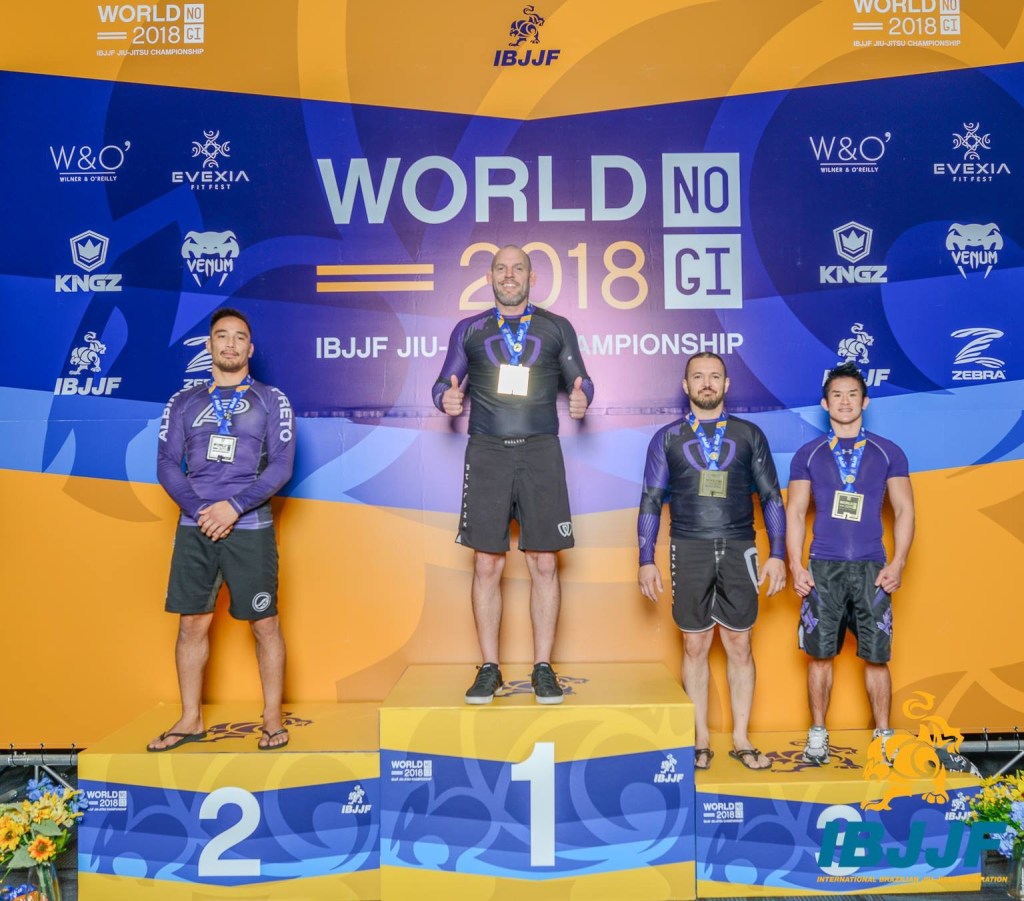 OXFORD – Jamie Houston weighed 260 pounds. When doctors told him he needed to start taking cholesterol medication, he was miserable and depressed, eating anything in sight. In April he had a lifestyle epiphany – Houston wanted to start eating healthy and working out again. Eight months later, he’s a world champion in Jiu-Jitsu.

At the World International Brazilian Jiu-Jitsu Federation (IBJJF) No-Gi Championships earlier this month in Anaheim, California, Houston finished with a silver medal in his weight class. However, in the absolutes, the tournament where weight class and age is thrown out the window, he brought home the gold medal. “Winning the weight class is still prestigious. It’s nothing to be ashamed of. But winning the absolute the gold-standard,” Houston said. After a long road of battling weight issues and depression, Jamie Houston was a world champion.

Watching Royce Gracie fight back in 1994, Houston fell in love with Mixed Martial Arts and Jiu-Jitsu. It wasn’t until the mid-2000s that he started to train officially, and he would compete professionally in MMA from 2009 until 2014. However, the lifestyle was never all that healthy.

When a doctor told him he needed to start taking cholesterol medication, Houston was floored. “If I have to take medicine, well screw it. I’m going to eat whatever I want,” he said. This attitude led to weight gain and spiraling depression. He describes 2017 as the lowest valley in his life. Residing at 6-foot-2 and 204-pounds currently, Houston weighed as much as 260 pounds as recently as April. In his description, it took a life epiphany to get himself back on track.

“I just devoted my life back to Jiu-Jitsu. I had trained some, but not like I trained now,” Houston said. “I just started eating really clean and doing Jiu-Jitsu and I lost 56 pounds.”

A Hernando, Mississippi native, Houston has lived in Oxford nearly five years. He moved to the area when he opened his first gym, Oxford Fitness Kickboxing. With gaining popularity, he now owns similar gyms around the south in Starkville and Tuscaloosa. The gym trains anyone from children to adults, but he says one of its biggest services is just to help kids deal with bullies. Jiu-Jitsu, after all, is a craft designed to allow smaller people to defend themselves against a larger person.

“This city, in Oxford, there’s not a lot of education about what Jiu-Jitsu is,” Houston said. “Most people grew up doing Karate or Taekwondo. But people don’t know how well Jiu-Jitsu can help their kids be protected from bullies.”

When Houston decided to re-devote his life to the craft back in April, his gym played a big role, and still does in his life. He would train incessantly, spending hours in the gym and simply eating healthy turned his life around. Houston started his regimen simply to get into shape and fall in love with the sport again, but soon after a friend suggested he get back into competition.

Houston describes the IBJJF as the most prestigious organization that puts on boxing tournaments around the globe. He entered his first IBJJF event in August, the World Gi Championships in Las Vegas. “I got put out in my first match. All that training and I was done,” Houston said. His background in MMA plus his training over the summer may have been enough to get him back into shape, but he wasn’t ready to compete – he had no experience in that style of competition.

There was a learning curve, but it came quick. After losing in the first round in Las Vegas, he would earn a silver medal in Atlanta. In Memphis, he had earned double gold (in No-Gi and the absolute). He would also compete in Nashville and Dallas. With 2019 drawing to close, he’s earned seven gold, two silver and two bronze medals in IBJJF events since August. But it’s the gold from the No-Gi Worlds earlier this month that stands out above all.

Houston had a 2-0 lead with one minute to play in the weight class finals at Worlds. He made a handful of mistakes that final minute to lose. He would’ve likely won his class with even a stalling strategy, but he kept attacking. Silver. When the absolutes came around, there was no holding back. There were no last-minute mistakes. Houston won gold. From his low points, as recently as April. to the mountaintop of being able to call himself a gold medalist, the journey has let Houston really appreciate the value of the work.

“It just truly lets you know that if you have your mind set on a goal that you really want and you envision, as long as you do the hard work, it’s going to happen at some time,” Houston said. “I didn’t get it in August, but I didn’t stop either. Achieving that and being able to call myself world championship is really cool. It’s amazing. I don’t know how to describe it.”