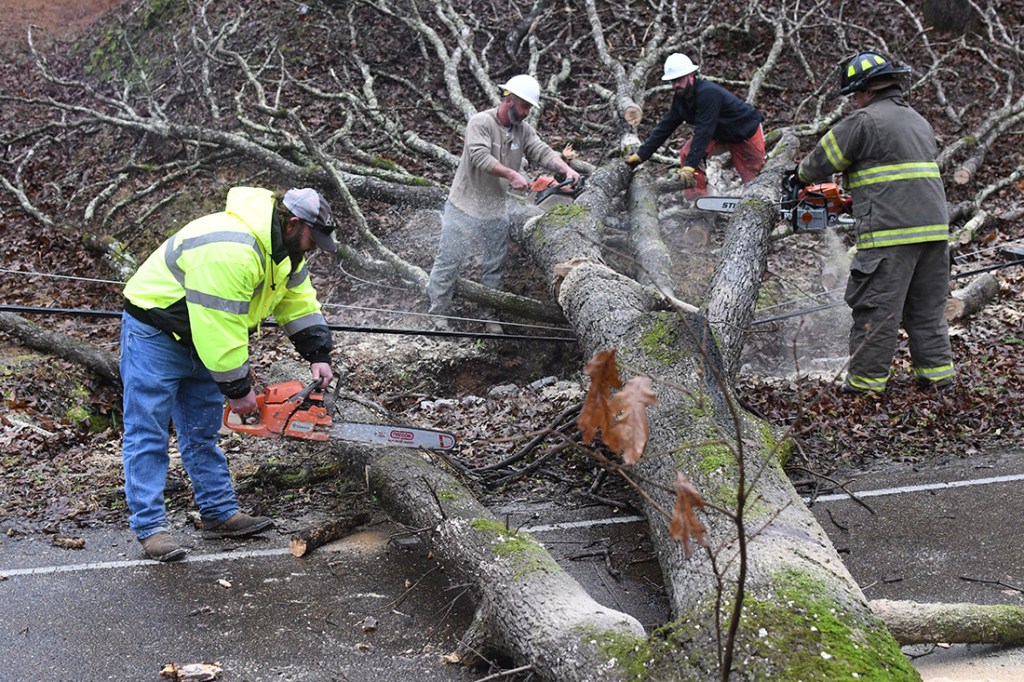 A tree that fell across County Road 221 and onto power lines is cut up and removed near Oxford, Miss. on Monday, December 31, 2018. (Bruce Newman, Oxford Eagle)

Parts of Lafayette County were without power for a time on New Year’s Eve due to a storm that wrecked power lines.

The storm, which featured heavy rain and strong wind gusts, started from around 11:30 a.m. and lasted into the early afternoon.

Wind gusts were estimated to have blown between 35 to 50 miles per hour, and blew over trees in two different parts of Lafayette County. One of these trees was believed to have fallen on power lines.

According to the Oxford Police Department’s Twitter account, the two trees were downed on County Road 418, just west of County Road 403, and on College Hill Road near the Tara Subdivision and College Hill Heights Baptists Church.

There was no timetable for when these outages would be fixed.

Following the rainstorms, the National Weather Service reported that most of the mid-south would be dry at the midnight hour, so residents don’t have to fear the rain while ringing in the New Year.