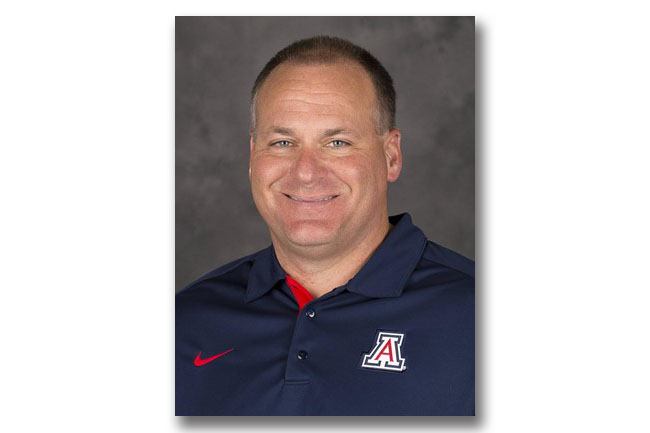 First reported by Bruce Feldman of The Athletic and Pete Thamel at Yahoo Sports, Ole Miss has confirmed the hire former Arizona head coach Rich Rodriguez as offensive coordinator. Rich Rod, as he is commonly known, will replace the vacancy left behind by Phil Longo as he left to fill the same job at North Carolina.

“My family and I are really excited to join Coach Luke and the Ole Miss family,” Rodriguez said. “I’m appreciative of the trust and confidence of Matt and look forward to helping him continue to build this great program. There are a lot of exciting things happening with Rebel Football, and I’m fortunate to be able to join this team.”

Rodriguez will become the second former head coach on the Ole Miss staff. Matt Luke – the actual head coach – hired former Colorado head coach Mike MacIntyre to fill the vacant defensive coordinator position. Rodriguez was a head coach for the prior 16 years of his coaching life and hasn’t been a full-time coordinator since 2000.

In his first head coaching job with West Virginia, Rodriguez led the Mountaineers to a 60-26 record over the course of six seasons. In 2005, WVU was 11-1 and won the Sugar Bowl. In 2008, Rodriguez left WVU to coach Michigan. An unceremonious three-year run with the Wolverines led to his firing. He was only 15-22 in three years at Michigan. Most recently, Rodriguez was the head coach at Arizona, where in six seasons he led his team to a 43-35 record.

As an offensive mind, Rich Rod was one of the earliest adopters of the no-huddle, spread option offense. Some even credit him to be the first to implement the zone-read play that is now used by virtually every college offense to some degree. While his principles were revolutionary at first, they’re now relatively commonplace in college offenses. However, his standing as an offensive head coach hasn’t gone anywhere.

His final season at Arizona, in which the Wildcats finished only 7-6 in 2017, Rich Rod’s team ranked no. 10 nationally in FEI, an offensive efficiency metric. He turned Arizona quarterback Khalil Tate into a dual threat machine. Tate passed for over 1,500 yards and rushed for over 1400 yards in 2017.

Final hours of the Rich Rod era at Arizona ended with a good bit of speculation and controversy. Rodriguez was fired following the 2017 season after a former administrative assistant filed a sexual harassment lawsuit against him. He would later admit to having an extramarital affair.

Now, Rodriguez will be expected to pick up where the Ole Miss offense left off. However, this time he will have a different quarterback with redshirt freshman Matt Corral. For all the issues with the Phil Longo offense, it was one of the most prolific in college football over the past two seasons.

“Part of building a successful program means surrounding our players with the most talented coaches, and I feel like we have done that with hiring of Mike Macintyre to lead our defense and now Rich Rodriguez to lead our offense,” Luke said. “Rich has coached at the highest levels of college football and is one of the most innovative offensive minds in our sport. I couldn’t be more excited to get to work with his experience, creativity and toughness as part of our team.”

Pete Thamel is reporting that Rodriguez’s contract with Ole Miss will be worth “a little under $3-million” over the course of a three-year deal. Currently, only 21 assistant coaches in college football make north of $1-million per year. Official numbers are yet to be released, but Rodriguez may be no. 22.