Here is the third part of The EAGLE’s Year in Review. 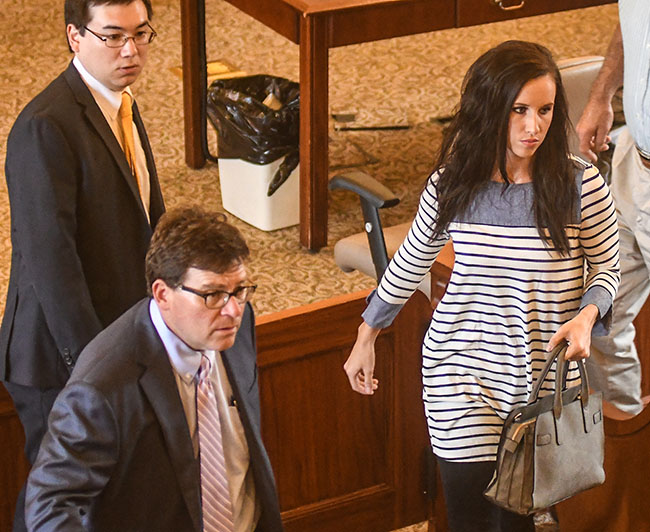 A probable cause hearing for former Lafayette High teacher Molly Wray, right, was waived at the Lafayette County Courthouse, in Oxford, Miss. on Monday, July 16, 2018.

An arrest warrant for Molly Wray was issued on July 16, and the Lafayette County High School was formally charged with one count of enticement of a child with intent to meet for sexual purposes. Circuit Court Judge John A. Gregory issued a bond of $10,000 for Wray, who had been under investigation since June 4. 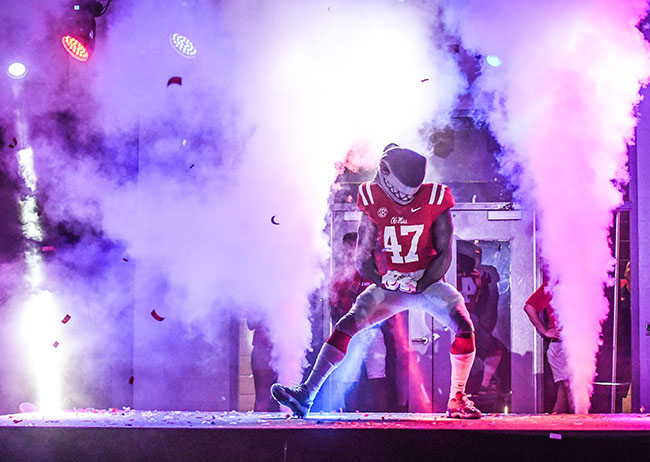 The University of Mississippi’s new mascot, Tony the Landshark, makes his debut at the “Meet the Rebels” fan day at the Manning Center in Oxford, Miss. on Saturday, August 11, 2018. Fans were also able to get autographs from Rebel football, soccer, volleyball, rifle and spirit squads during the event. (Bruce Newman, Oxford Eagle via AP)

The Ole Miss athletic department debuted Tony the Landshark during Ole Miss’ annual ‘Meet the Rebels’ event on August 11 as the newest on-field mascot. Tony replaces Rebel the Black Bear, who was the mascot from 2011 to 2017. 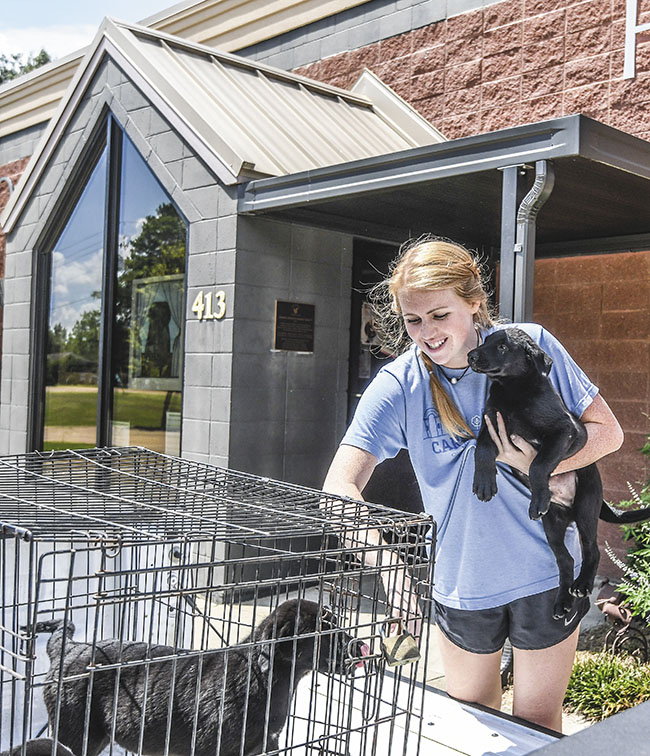 The Oxford-Lafayette Humane Society announced the week of August 9th that it will close its doors Sept. 30. This also meant the Humane Society’s animal shelter would be vacated, as well. Oxford’s funding contract with the Humane Society, and its lease on the city-owned building, expired on Sept. 30. 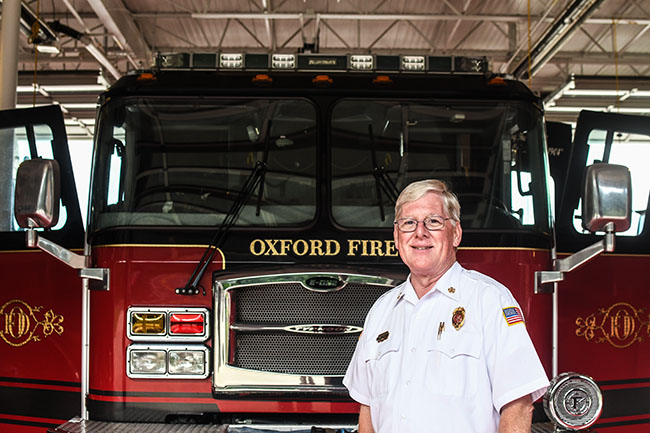 Mark Heath, who was just shy of his two-year anniversary with the department, announced his resignation as fire chief, effective September 5. Heath said there were three key factors to his resignation: his health, work environment and his family. 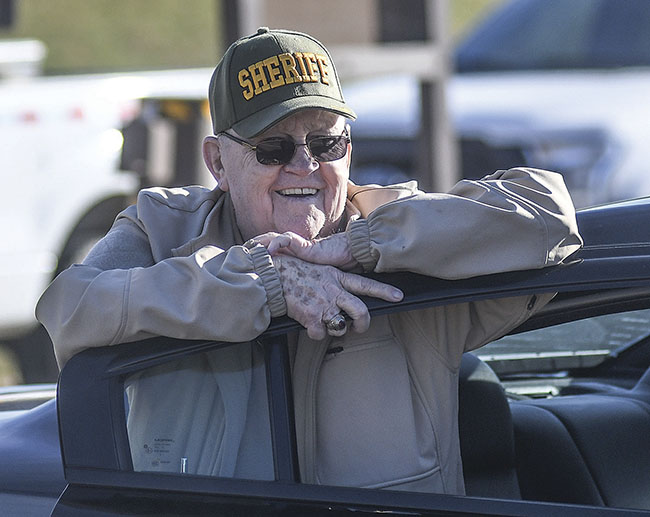 Buddy East was 76 years old and had recently celebrated 46 years serving the county as sheriff, having been elected for 12 consecutive terms dating back to 1972. He passed away on September 8, following a brief illness. 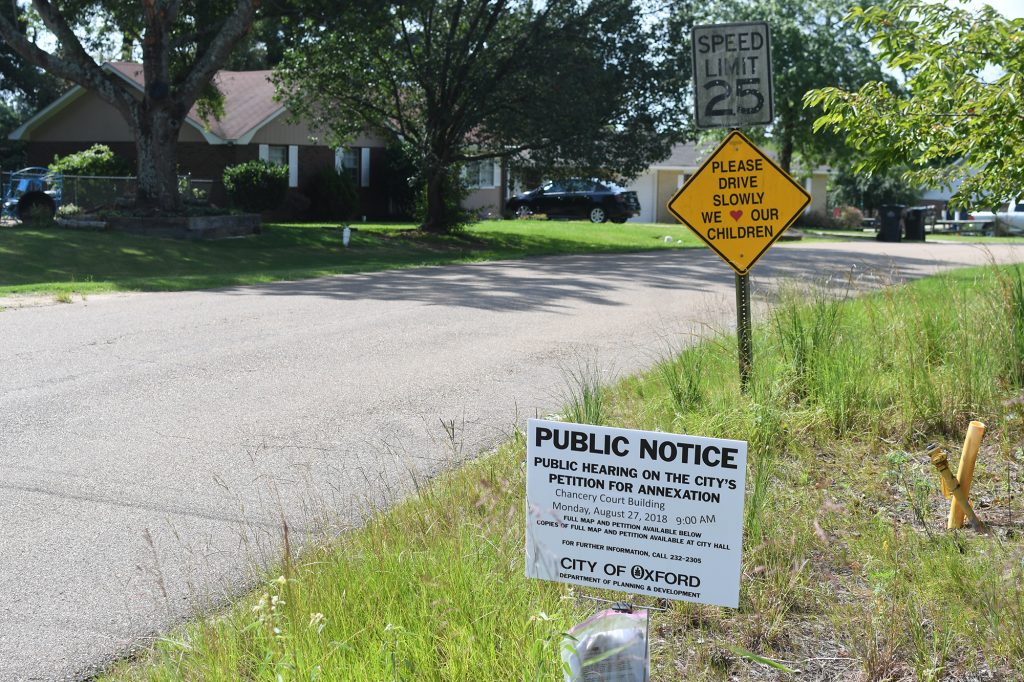 A hearing on the city of Oxford’s proposed annexation of several areas, one of which is Thacker Heights, was healed at the Lafayette County Chancery Building in Oxford, Miss. on Monday, August 27, 2018.

The City of Oxford officially annexed an area of approximately 12 square miles on September 19, following a Sept. 10 decree from Judge Glenn Alderson. With the annexation, Oxford city limits officially expanded from 16 square miles to 28 square miles, increasing the population by 3,600 people. 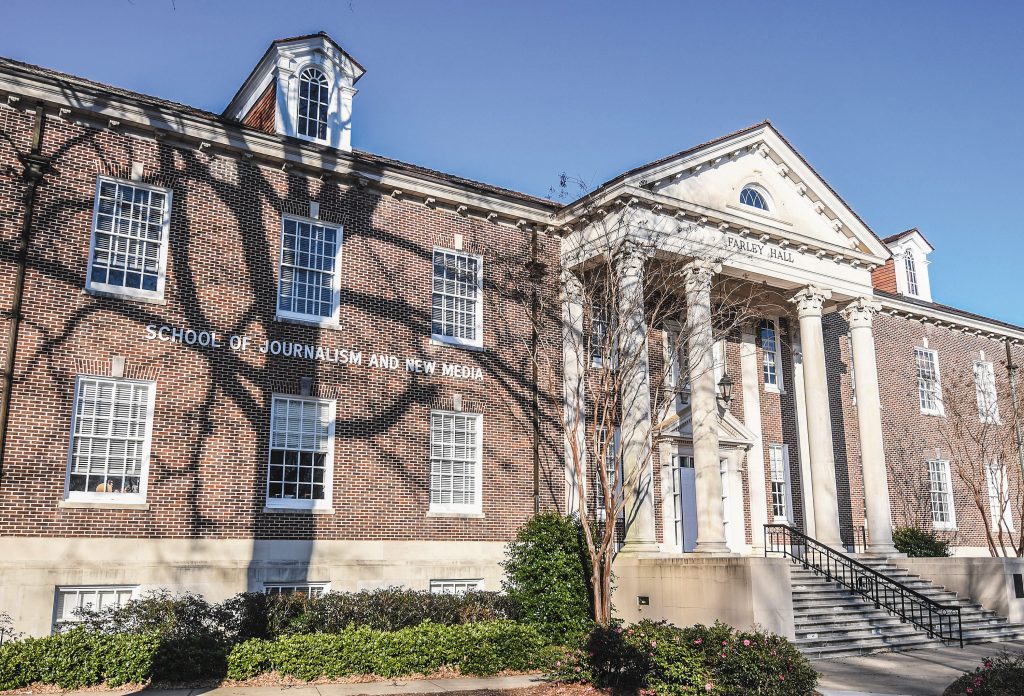 Ed Meek’s name has been removed from the University of Mississippi’s School of Journalism and New Media building, in Oxford, Miss. on Sunday, December 23, 2018. (Bruce Newman, Oxford Eagle)

A Facebook post by Ed Meek, namesake for the University of Mississippi’s Meek School of Journalism and New Media, went viral Wednesday afternoon for what apparently came as a response to a series of fistfights that took place on the Square and in The Grove last weekend. Meek’s post featured two pictures of African-American women on a night out, seemingly unaware their photos had been taken.