The Pantry utilizes holiday season to fuel months of charity 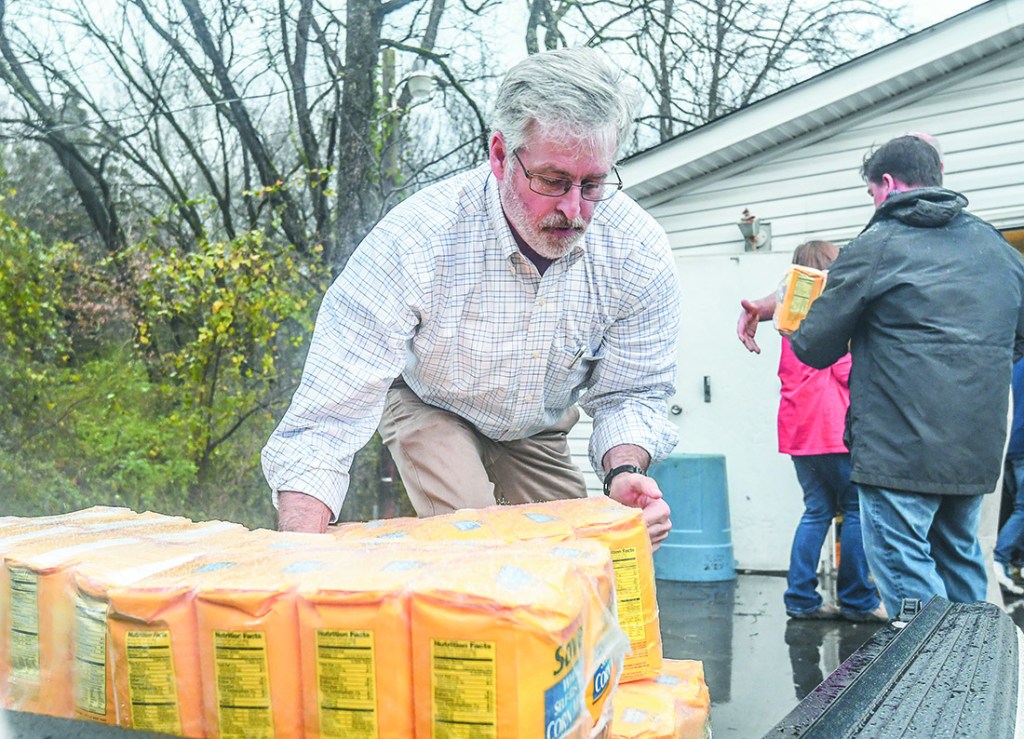 The spirit of giving during the holiday season usually starts just after Thanksgiving and ends just after the New Year.

However, that generosity is essential to The Pantry of Oxford and Lafayette County, as it helps the organization provide for over 500 families in need every month.

John Kohne, the Director of Food Distribution for The Pantry, said the contributions county and city residents make to The Pantry help feed families in Oxford and Lafayette County from the start of the New Year until around the month of June.

This year, The Pantry has received enough contributions to put it on par with last year’s numbers, which sustained assisting families in need through multiple seasons.

“We won’t have the numbers until the latter part of January,” Kohne said. “The amount of canned goods that I’ve had to store, are right in line with last year.”

“It was a wonderful indication of the benevolence and the support of the local residents of Lafayette County.”

That benevolence doesn’t just stop at canned goods and non-perishable food, however.

Kohne also said those who are unsure about giving always have the option of donating money. This, he said, is preferred, as donated money can help offset different costs when The Pantry receives shipments of canned goods, as well as other produces like milk and flour.

“I’ve got an extra storage unit right now that is full of canned goods from the generosity from Lafayette County and Oxonians,” Kohne said. “We’ve got a glut of stuff, we just need to figure out how to pass it out.”

Along with Mid-South, The Pantry also receives food donations from Kroger, Wal-Mart and the Mississippi Food Network, along with individual donations.

“It does my heart good to know that I can spend my time on a regular basis to help The Pantry,” Kohne said, “and that same giving consideration is out there throughout Mississippi in other corporate levels and other local levels.”

There are also 16 Lafayette County area churches that help run The Pantry. Each month, a different congregation runs The Pantry and Kohne assists in the transition from month to month.

The amount each congregation helps is paced by how much the community assists The Pantry as well, and Kohne lauds Lafayette County as an extremely giving community.

“They come forward in other ways,” Kohne said. “We step up, not only to show that we can do it now, but we emphasize what we’re trying to do 12 months out of the year.”