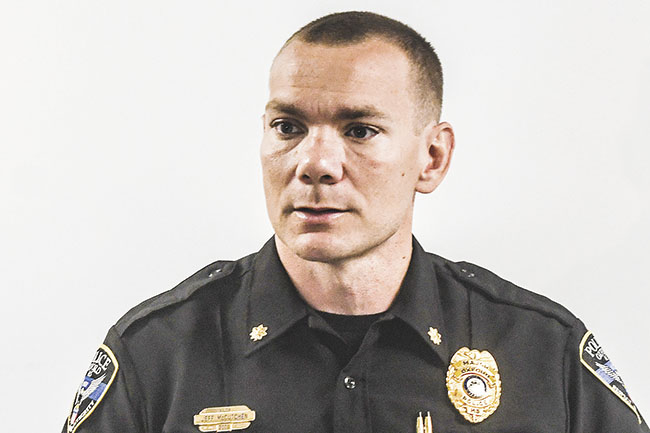 OPD and the Board of Aldermen announced Major of Operations Jeff McCutchen as the interim chief of police, and McCutchen will assume his duties on February 1st according to a release.

“I am so grateful for this opportunity from Chief East and the Mayor and Board,” McCutchen said in the release. “I am honored to continue to serve the Lafayette, Oxford, and University Community.”

McCutchen has served 17 years in law enforcement, and has been OPD’s Operations Major since 2014. He oversaw patrols, investigations and Special Event Details.

Prior to being Operation’s Major, McCutchen also held titles of Supervisor over Investigations, Patrol Officer, DUI Officer and SWAT Commander.

According to the release, East says he has “no doubt that Jeff will do an outstanding job while I am away, along with the support of our upper administration and the entire police department.”

McCutchen’s naming as interim chief comes due to East taking a leave of absence to run for Lafayette County Sheriff. East is running to fill the office his father held since 1972 before he passed away in September due to illness.

East has to take a leave of absence, due to a revised policy the Oxford Board of Aldermen updated in late November.

The new policy states that employees wishing to run for a full-time office must get permission from the Board of Aldermen to take a leave of absence without pay at the time they announce their candidacy for office.

The revised policy also states that should the employee be of supervisory-level, they must obtain permission from the mayor.

East went before the Aldermen on December 18 and asked for a leave of absence, officially announcing his intentions to run.

In the race for the office of Lafayette County Sheriff, East will be running against Jeff South and Raymond Westley Sides. East and Sides are both running as Democrats, with South running as an independent, which ensures a primary vote on August 6th before the general election on November 5th.

MS Critterz to roll out new programs in 2019