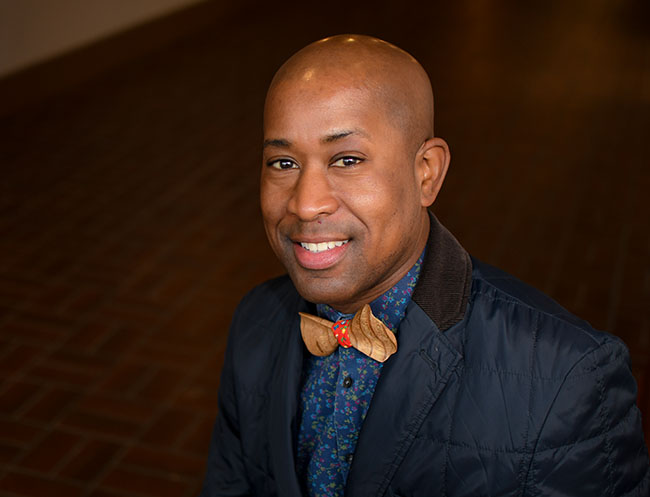 OXFORD — When walking around Oxford, spotting a bow tie is not an uncommon occurrence. In fact, they are extremely common in The Grove on Saturdays in the fall, there is a new style of bowtie that has taken the town by storm.

Teddy Mullin has spent the last three years perfecting his craft of creating wooden bow ties, a hobby of his that has suddenly become lucrative and changing the fashion game not only in Oxford but across the nation.

Being creative is something that has come naturally to Mullin who since he was young spent time crafting and using his imagination. The choice of creating a wooden bow tie was from wanting to stand out from the crowd.

“I started wearing bow ties years ago just to do something different,” Mullin said. “From doing that I looked up online ‘wooden ties’ and saw those long wooden ties and then from that I saw wooden bow ties.”

While doing research Mullin saw other stores across the country were selling wooden bow ties for $100. He tried that approach in Oxford but learned quickly he was going to price himself out of business before he even began. Now he charges anywhere from $50-90 depending on the style of bow tie a potential buyer wants.

In 2015 Mullin sold his first bow tie after a lot of trial and error in perfecting finished product. The process, which can take up to 30 minutes after letting the wood set from anywhere from one to four days, is still in the trial and error phase and will be as Mullin is constantly coming up with new ideas and designs to try. A bow tie of his is a mix of wood and the conventional fabric that is used to secure it around a person’s neck. Mullin puts his own special touch on each bow tie and sometimes uses fabric that was once his grandmother’s.

The success of the bow ties has been more than Mullin has imagined with buyers ranging from coworkers to former Ole Miss quarterback Chad Kelly and everyone in between. The bartenders at Oxford Grillehouse and The Coop on top of The Graduate hotel all wear Mullin’s bow ties as well as a few workers at Grit in Taylor.

“I knew (Jefferies) was prepping for that day and he asked me for a bow tie,” Mullin said. “So, I was glad to do that but I didn’t know it was going to be all over like it was. I’m not mad about it. I’m very, very glad.”

Having built up a reputation among the community, Mullin expanded his portfolio and now makes bow ties for dogs that can also serve as a collar.

Mullin does not have a store of his own to display his work in and relies heavily on his Instagram account (@thebowtieteddy) to get his creations to the public. He has sold bow ties at Neilson’s and is in talks with Hinton and Hinton to work on a specialty bow tie to be sold at their store. Little Stiches by Thomas Bros. Formal Wear on Jackson Avenue West is going to have his bow ties for sale in the near future.