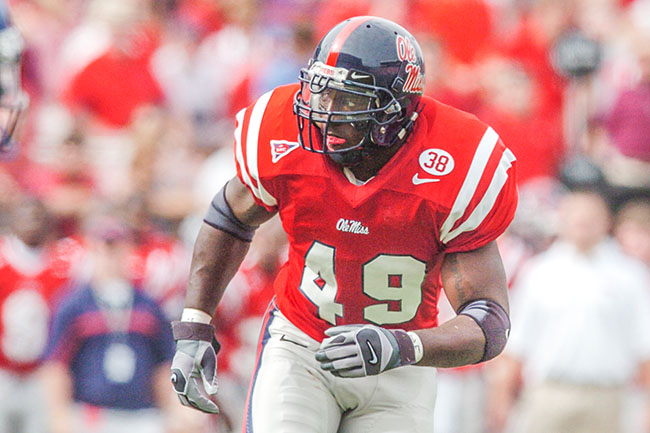 Willis becomes the 10th former player or coach to be inducted into the College Football Hall of Fame as an Ole Miss Rebel. Two other members of the Ole Miss family have also been enshrined in the hall.

Willis, along with the 14 other Hall of Fame selections, will be officially inducted on Dec. 10, 2019, at the annual NFF awards dinner at the Hilton Midtown Hotel in New York City.

“No one has ever been more deserving of such an honor as Patrick Willis,” said Ole Miss head coach Matt Luke, who served on the Rebel staff during Willis’ collegiate career. “We are so proud to see Patrick continue our rich Hall of Fame tradition. He persevered through so much to excel at both the college and professional level, and he belongs among the best to ever play the game.”

“On behalf of the Ole Miss family, we are honored to be represented by Patrick on this prestigious platform,” said Ross Bjork, Vice Chancellor for Intercollegiate Athletics. “With the countless hardships he overcame, Patrick represents the type of student-athlete we work hard every day to support. Congratulations to Patrick as well as our 11 previous Hall of Fame inductees.”

Willis, a four-year letterwinner for the Rebels from 2003 to 2006, is one of the most decorated defensive players in Ole Miss football history. As a senior, he was a consensus All-American in 2006 when he won the Butkus Award and Lambert Trophy as the nation’s best linebacker.

The senior team captain ranks sixth all-time at Ole Miss with 355 career tackles, and he is tied for fifth with 33 career tackles for loss. Willis was the recipient of the 2006 Conerly Trophy as the best college football player in the state of Mississippi and the Ole Miss Chucky Mullins Courage Award. The Bruceton, Tennessee, native ended his collegiate career as the Defensive MVP for the South Team in the 2007 Senior Bowl.

The announcement of the 2019 Class was made today live on ESPN’s SportsCenter in Santa Clara, California, the site of the College Football Playoff National Championship. Willis will also be one of the Hall of Fame inductees participating in the coin toss on the field during the championship game.

The inductees will also be recognized at their respective collegiate institutions with NFF Hall of Fame On-Campus Salutes, presented by Fidelity Investments, during the fall. Their accomplishments will be forever immortalized at the College Football Hall of Fame in Atlanta.

Ole Miss in the College Football Hall of Fame