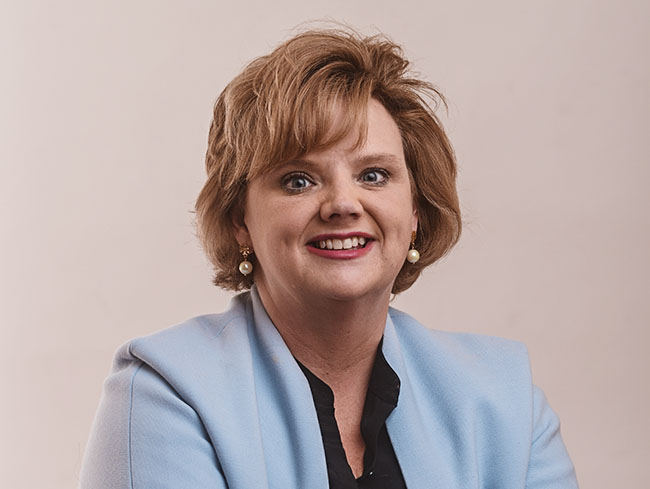 Boyd began her career in the State Attorney General’s office, where she prosecuted and advocated for children’s and family issues, but her father, Noal Akins, was also the state representative for Lafayette County.

These memories and experiences are what Boyd is calling on as she runs for the District 9 State Senator seat on the Republican ticket.

“I grew up knowing a lot of people throughout the county,” Boyd said. “I’m excited to kind of go back out there and do that.”

Boyd, who grew up in Oxford, said her time working in the State Attorney General’s office gave her a bipartisan attitude, which taught her how to work across both sides of the political aisle.

“I really have kind of a deep understanding of that process,” Boyd said, “the way it works, the way budgeting works and how you move legislation to make changes in Mississippi.”

She’ll be calling on those past bipartisan experiences, as well as her time working with legislative coalitions, to help address issues across Lafayette and Panola counties.

“Those people said, look, you know this process and you’ve done this before,” she said. “And also, you know how the system works and you can really help us get some things done in Jackson.”

Boyd said she’s seen the different ways that legislators can try to kill legislation. She prides herself on knowing how to kind of navigate those roles and build support groups that can help push some of her ideas forward.

The days of being a single-issue candidate are gone, and Boyd knows she’ll have to have a hand in multiple issues.

She’s aware of the headway the state is making in education. However, she also pointed to the need for local roads and highways and bridges to be developed further, as well as the need to keep those development jobs in Mississippi.

Boyd has served as chair of the Tourism Board and the city’s Alcohol Safety Task Force, and has also served on the Alcohol Sunday Sales committee, exemplifying she can have a say in a multitude of topics.

However, she’s also entering in a state senate race that will have a new senator for the first time in 24 years.

Incumbent senator Gray Tollison announced he would not be running for re-election in 2019, which leaves Boyd and District 1 County Supervisor Kevin Frye as the two qualified and running candidates for state senate.

Although there is still much unknown about the upcoming race, such as if whether or not more candidates will join, Boyd is excited about the possibility of listening to constituents and making the state better in multiple areas.

“We’ve got some people that are progressive, they want to move Mississippi forward,” she said. “We can still do that, keep strong family values, but we can also really fight for the things that are going to make our family stronger, good jobs, good schools, keeping taxes affordable.”

Boyd also said some of her best work came with how she helped lay a foundation for legislation for special needs children in the state while she worked in the Attorney General’s Office.

This is an issue that hits home for Boyd, who has a 14-year-old son with Autism.

“I’m pushing for changes because there really was nothing going in the state of Mississippi for autism,” she said.

As the senate races begins to take shape, with or without other candidates, Boyd is set to begin her campaign with the support of the influences she’s been around most of her professional life.

“We’ve made some really good headway in Mississippi,” Boyd said. “But there’s so much still to get.”