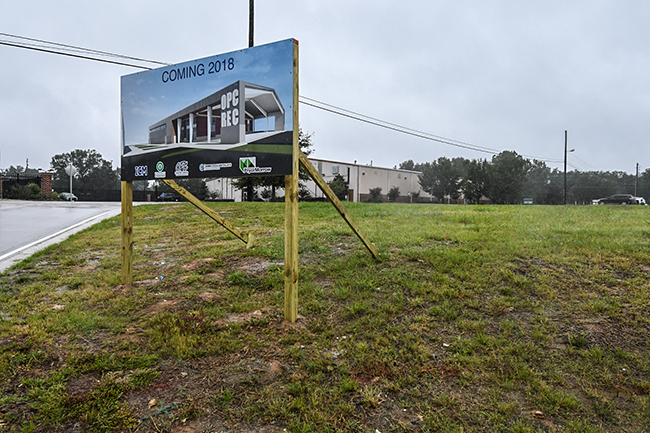 The Oxford Planning Commission has approved the site plan for a new activity center in Oxford, Miss., on Tuesday, September 12, 2017. The city will need to spend about $1 million more than originally expected to cover the expense of removing trash from the site where the new center will be built.

The Lafayette County Board of Supervisors named an Arena Advisory Committee at Monday evening’s meeting, deciding who would oversee the Business Center and Arena.

Discussions about naming a committee began during a November 19th supervisors meeting, and Monday’s naming comes after pushing back discussion of a committee during the previous meeting on December 17th.

Mary Allyn Hedges, with Oxford Tourism, and Lance Newman, from the County Extension office, will serve also as ex-officio committee members. County Attorney David O’Donnell will also be present at the meetings.

The supervisors first discussed the idea of a committee as a need for a way to set a budget, spends allotted funds and hire new staff for the arena.

At first, the supervisors were concerned the committee would be confused with being a part of the city’s parks and recreation division.

“My fear is that we’re using tax payer money to subsidize it,” Roberts said. “We knew from the get go we’re losing the ability to massage or maneuver what happens.”

The supervisors also have the power to abolish the commission if they see fit.

Back during the first discussions of the committee, the arena was updated as complex is 64 percent complete with 210 days remaining.

The arena was hoping for an opening of sometime in March of 2019, however other complications, such as weather and whether or not asphalt was laid before the December 15th, threatened to push the complex’s opening back until at least April 2019.