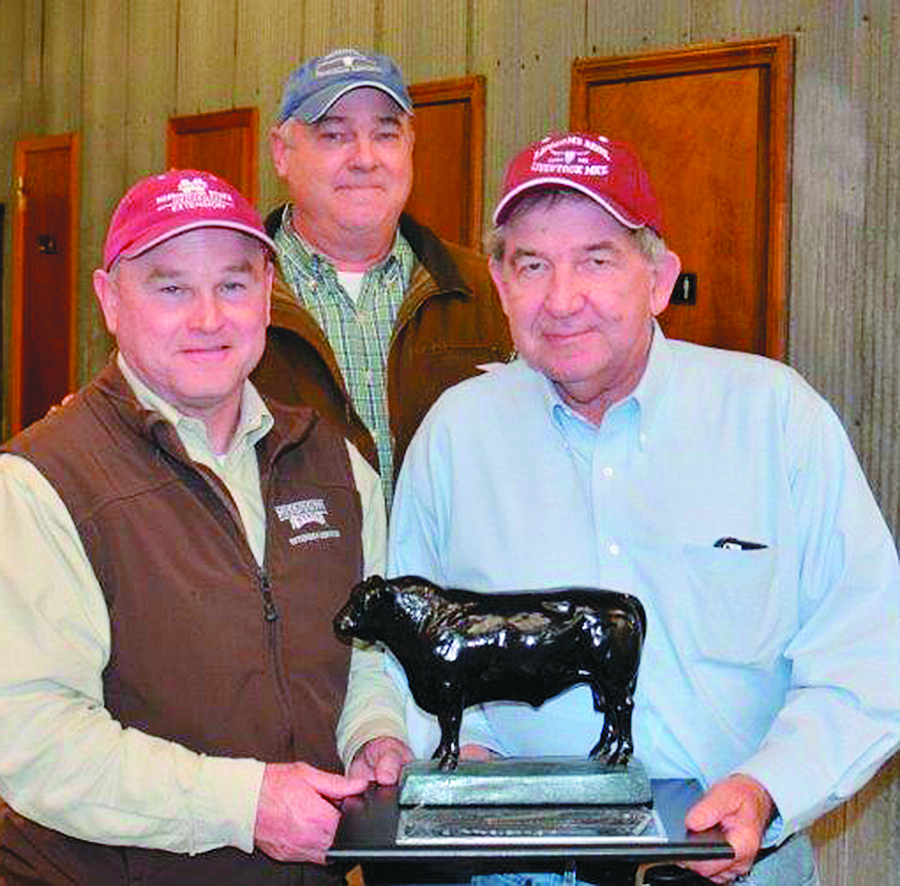 “We pick somebody that does hard work and dedication,” James Redding of the Lafayette County Cattlemen’s Association said. “He was dumbfounded. He had no idea. We read his name out he said ‘who did they say?‘”

Along with the top award the county association also awarded their yearly scholarship. The scholarship is given to a senior at either Oxford or Lafayette High Schools.

Savannah Baker of Lafayette High School was chosen as the recipient of the Lafayette County Scholarship Award. Mississippi Commissioner of Agriculture Andy Gibson presented Baker with the honor during December’s meeting.

There are around 200 residents within Lafayette County that own cattle and around half are members of the Cattlemen’s Association. It is a trend that has seen a steady decline and another example of farm life in the county slowly dwindling.

It is an uphill battle the association is trying to fight.

“Lafayette County has some of the problem that I’m doing to say DeSoto County and some other counties have,” David Houston of the Lafayette County Cattleman’s Association said. “You live 10 miles out of town and you got 100 acres, well it’s worth $20,000 an acre. Somebody can build a subdivision out there and no cattleman is going to go out there and try to run cows on it. That’s why the cattle business or agriculture in general is going down in Lafayette County is because property is worth too much.”

There is only one annual meeting held by the county association, but they hold ‘short courses’ throughout the year that will highlight anything new in the livestock and farming community to try and keep interest alive in Lafayette County.

An annual fee of $40 paid to the state is all that’s required for a membership to a specific county’s association. A person does not have to own cattle to become a member.