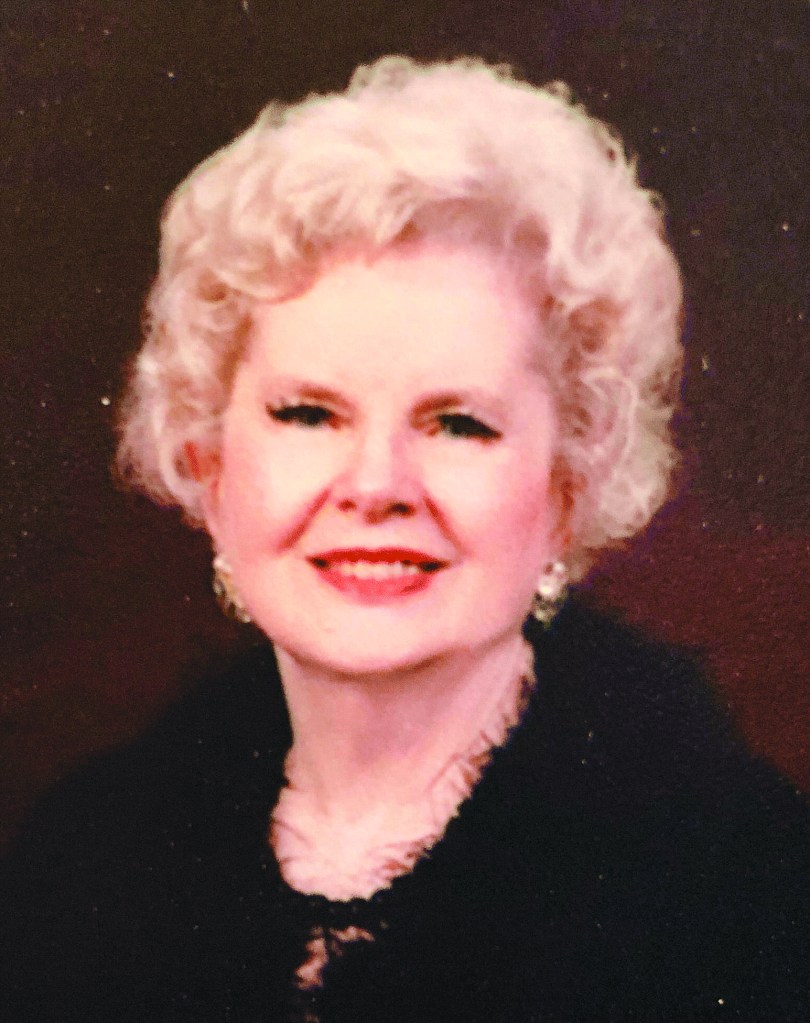 Lois, or “Mamee” as her family lovingly called her was born on February 23, 1926, to the late Conway Warren Bonds and Bertha Burris Bonds. She was born and raised in “Colonsay Cottage” on College Ave in Holly Springs. She had an older brother, James, and sisters, Christine and Connie. As a child she jumped and played gleefully on cotton bales that were stacked in the local cotton gin and sometimes hitched a ride on the back of a horse drawn ice wagon and she told of many other childhood exploits that set the course for her adventurist spirit. Lois attended Holly Springs High School and then went on to attend Baylor University in Waco, Texas, where she met and married Frederick Earl Swaney. They moved back to Holly Springs where they then raised their six children at Grey Gables and where there was never a dull moment. She was an accomplished pianist and her renditions of Scott Joplin’s “Ragtime,” church hymns or even Mozart could be heard throughout their home. Their home was filled with love and countless other children and friends, a dog named Hildegard and where their welcoming door was always open for others and a warm meal could be had for all.

Lois was a devout Christian and a lifelong member of The First Baptist Church of Holly Springs where she was a long time Sunday School teacher for more than 58 years. She was one of the first kindergarten teachers in Holly Springs at the First Baptist Church when Holly Springs didn’t have a regular Kindergarten. She wrote a column for several years for the Memphis Commercial Appeal and even wrote a “secret” column in the nineteen fifties for the South Reporter under the pseudonym “Holly Belle” telling things that were going on in the surrounding area, and she was the only one that knew. In her lifetime she lived in six antebellum homes two of which she saved from razing, and restored them to their original condition and opened them for tours. She wrote six books on Marshall County and Holly Springs history. She also wrote “History of the First Baptist Church” and even participated in three Hollywood movies, “Heart of Dixie,” in which she had a speaking part, “Cookies Fortune” and “Big Bad Love.” She even created the Holly Springs Christmas Tour which hundreds attend each December. One year she was honored as the Grand Marshall of the Christmas Parade and even honored as “Woman of the Year of Marshall County” by the citizens of Marshall County. The State of Mississippi also honored her as “Mississippi’s Outstanding Older Worker” in 2003 through the Experience Works Prime Time Awards Program. She was recognized as a positive role model for older citizens whose amazing accomplishments inspire us to give our best to our employees, communities and our nation. They looked for individuals who best reflect the characteristics of leadership, lifelong learning, mentoring and community service and who make meaningful contributions in the workplace. She was honored by The Mississippi Historical Society.

Lois was the individual who brought her experience, gained over a life time, to her employment along with exemplary characteristics including reliability, dedication and positive work ethic in her community, church and life. She also helped to establish the Ida B. Wells Museum, and was the host of a local radio show and host of television program “Holly Belles” that went out to a four county wide area to promote Holy Springs and Marshall county.

Lois has been the president of the Marshall County Historical Society and was the Curator of the Marshall County Historical Museum since 1987, which is one of the most unique museums on the world. Throughout her life she tried to save precious artifacts and buildings. She worked full time until she was 87 years old. She was a lifelong political activist and one of the highlights of her life was personally meeting President George Bush. She was a lifelong member of The Daughters of the
American Revolution (DAR) and was regent many times and she was also a member of the Rotary Club.

At the age of 80 she married Ira Shipp where, as octogenarians, they were regular staples of local community life, events and social gatherings.

No one would ever call Lois Bonds Swaney Shipp ordinary. She was extraordinary and she lived an extraordinary and full life. She never missed an opportunity to “GO”. She overcame many obstacles such as cancer, three major surgeries, a broken leg, two mini strokes and a major stroke which led to her retirement. She was the self-appointed Ambassador of Holly Springs and Marshall County. Lois Bonds Swaney Shipp was such a remarkable individual. Besides being a successful career woman, historian, and Christian leader, she was a loving and remarkable mother, grandmother and great grandmother. Her family was everything to her she was everything to them. Each and every one felt like they were her “favorite.” A matriarch who will be sorely missed, and remembered with great love by all who knew her. Even though she had tiny little feet her shoes will be impossible to fill.

She is also survived by a host of cousins and a fellowship of friends who were like family. Many heartfelt thanks are given to her caregivers, especially Rosie Smiley, Mary McEwen, Sharon Cooksey, Mary Holden and Tiffany Southern. These women gave great love, attention, and comfort to Lois in her golden days.