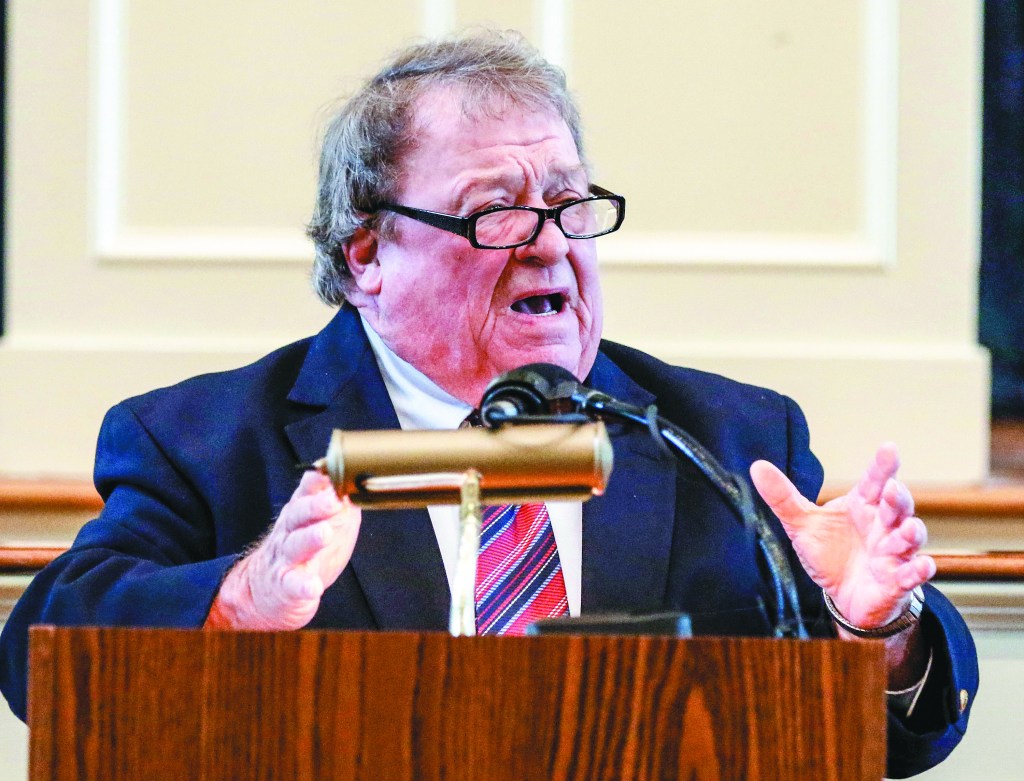 Former state Rep. Ed Perry speaks at the Old Capitol Museum in Jackson, Miss. on August 9, 2017. Perry died Tuesday, January 15, 2019. He was 76. Perry served as a Democrat in the Mississippi House from 1968 to 2000 and was chairman of several committees, including Appropriations. (Rogelio V. Solis, AP)

One of Oxford’s most well-known legislators passed away Tuesday, most notably for a lively interpretation of a speech about legalizing liquor.

Ed Perry died Tuesday after being found unresponsive in his Oxford home. He was 76 years old.

“It with such a heavy heart that I must tell you that my amazing father, F. Edwin Perry, has gone to be with the Lord,” Martha Perry, Ed Perry’s daughter, wrote on Facebook Tuesday.

Martha’s post currently has over 300 comments expressive their condolences, and remembering Ed Perry’s legacy as a politician.

Perry was a former Democrat in the Mississippi House of Representatives from 1968 to 1999. He was also a House Clerk in the 2000s after his time as a representative.

“Ed Perry was Statesmen in the finest sense,” Bill Wheeler, Member of the Mississippi House of Representatives from 1988-1995, said in a statement on behalf of the Lafayette County Democratic party. “He always fought for Lafayette County, Oxford and the University. Education was his passion. And for us who represented other areas of the state he was always willing to offer a helping hand. He was a fine person and will be greatly missed.”

Perry was known for a colorful rendition of former lawmaker N.S. “Soggy” Sweat’s 1952 “Whiskey Speech,” which simultaneously lobbied for and against continued alcohol prohibition.

Perry would recite the speech annually, and entertain his fellow lawmakers. The Mississippi House passed a resolution in 1999 commending Perry’s service to the state and honoring his eight terms as a legislator.

“Representative Perry, noted for his oratorical skills and personal integrity, will leave a legacy of service, a tradition of compassion and excellence, a record of significant accomplishment and a host of friends, colleagues and fellow workers who will sorely miss his counsel, inspiration and fellowship,” the resolution reads.

Arrangements are pending at the Waller Funeral Home in Oxford.